Now almost midway through the 116th Congress, an update on the latest new wave of retirements from the US House of Representatives!

Two-term Congressman Francis Rooney (R-FL) is the most recent casualty, announcing his retirement the day after he became the first House Republican to say he would consider voting for impeachment of President Trump.

While a handful of Members are leaving to run for higher office, the mounting GOP departures are largely attributed to the frustration of being in the minority and subject to the unpopular whims of an unstable White House, as well as the pro-Democratic voter trend in some districts. 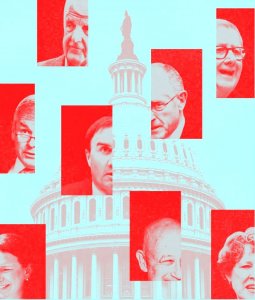 So far, 22 Republicans have left or are leaving the lower chamber, along with just seven Democrats.

Of those, three resigned in advance of the end of their term and two passed away in office, requiring five special elections.

A third special, for Wisconsin's 7th CD to fill the vacancy left by Sean Duffy (R), will take place on May 12, 2020. The remaining two, for New York's 27th CD to replace Chris Collins (R), and Maryland's 7th, for a successor to the late Elijah Cummings, have yet to be scheduled.

Among the retirements are two of the GOP's mere 13 female members, and their only African American member, Will Hurd (TX), one of six Republican members who are a part of the "Texodus" from the Lone Star State.

The GOP witnessed an exodus of 34 members under Trump in 2018, almost twice that of Democrats, who rode a blue wave of victories to control of the US House. Let's hope the next wave takes us all the way to the White House.