Congress is back in session and, with it, a new wave of retirements from the US House of Representatives. 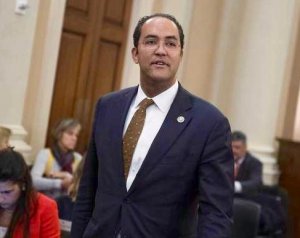 Will Hurd, the only African American Republican Member, is one of five GOP retirements in Texas (Houston Chron)

In addition to the contest for the White House, all 435 US House seats are up for election in 2020.

While a handful of Members are leaving to run for higher office, the mounting GOP departures are largely attributed to the frustration of being in the minority and subject to the unpopular whims of an unstable White House, as well as the pro-Democratic voter trend in some districts. 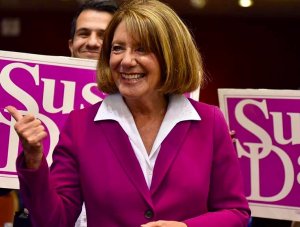 The most recent departures were announced by Jim Sensenbrenner (R-WI) and Bill Flores (R-TX) last Wednesday. Flores marks the fifth Republican retirement from Texas, dubbed "Texodus" by the DCCC, which hopes to help turn the red state blue.

One member, Wisconsin Congressman Sean Duffy (R) is stepping down as of September 23, 2019, citing family matters. This means a special election will be called to fill the seat, potentially April 7, 2020 when the state's presidential primary is held. The winner of that election, however, will have to turn around and run again in November, 2020 in the regular election.

Most immediately, however, all eyes will be on tomorrow's September 10th congressional special elections in North Carolina.

The "re-do" election in the 9th CD was called after state election officials found absentee ballot fraud had occurred in the 2018 general election. 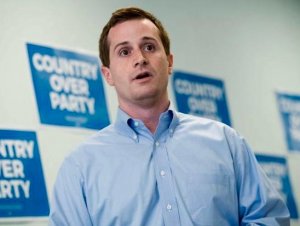 Trump, who is flying to North Carolina today to campaign for Bishop, won the district by 12 points in 2016 and the state by 3.6% over Clinton.

The same year, however, Democrat Roy Cooper unseated incumbent Republican Governor Pat McCrory, and in 2018, Democrats made significant gains in the State House and Senate.

If NC-9 flips blue, or even if the numbers are close, it bodes well for Democrats running in the other open GOP seats. As retirements continue to deplete Republican ranks, and more are expected, the GOP's dream of recapturing the US House continues to fade.

November 8, 2020 In the end it was Joe Biden’s boyhood home of Pennsylvania, and its 20 electoral votes, that put the former Vice President over the top to 272 electoral votes to win the...

November 16, 2018 Every few months we like to do a humor roundup, as a reminder there are still reasons to laugh. Stephen Colbert The president’s anger over his loss has reportedly seen him...