Not surprisingly, Hollywood is getting into the act.

While the Trump administration has supplied entertainers and late night hosts with unlimited material, some of Hollywood's heavyweights have gone further, this week launching the Committee to Investigate Russia.

The group, which debuted with an introductory video message from actor Morgan Freeman, was founded by director and activist Rob Reiner and The Atlantic's senior editor David Frum, a former George W. Bush adviser. 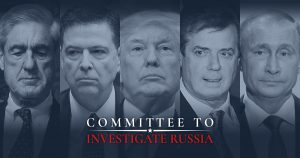 The Goal: A one-stop shop that provides the history, facts and ongoing developments in Russia's role in the 2016 election, the Trump administration and related investigations. 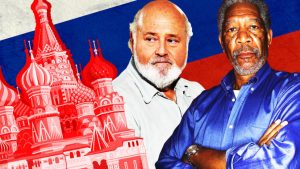 The site provides links to "Key Players," and pages profiling the Trump Team, Trump Associates, Russians and Ukranians, and Investigators and Officials.

Other site categories include Investigations, Timelines, History and Other (News) -- each with equally detailed overviews of their subjects and players. 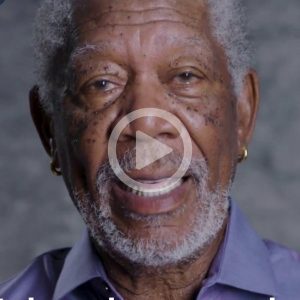 The Commmittee's motivation for launching the information campaign is attributed to the "Russian Active Measures campaign's...effort to subvert the American democratic process" and "the multiple investigations" President Trump and his staff are facing only months into his first term.

The Committee will also publish a daily newsletter and breaking news updates.

It was a busy weekend for the country, and the ongoing “days of action” in the new world of the new Trump Administration. Among the 22 Presidential Executive Orders and Memoranda, the...

January 25, 2018 Technology plays a critical role in politics, and now in ways we least expected.  It is not enough that your campaign or operation is technically sophisticated, it must also be...

May 16, 2017 On Monday the US Supreme Court (SCOTUS) declined to hear a case regarding North Carolina’s restrictive election law, leaving in place a lower court ruling that declared the law...