Amidst a brutal fight for votes, including amongst their own party, Senate Republicans announced they are postponing the planned vote on the GOP healthcare bill until after the July 4th recess. 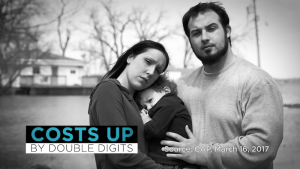 Save My Care ad aimed at Senator Murkowski

The postponement comes on the heals of the non-partisan Congressional Budget Office "score" Monday, which reported that, under the proposed Better Care Reconciliation Act, an additional 22 million Americans would be left uninsured by the year 2026.

The controversial legislation has been under fire by members of both parties but, with all 46 Democratic Senators, 2 Independents (who caucus with Dems) and at least 5 of the 52 Republicans still publicly opposed as of this morning, the President faces an uphill battle to success. 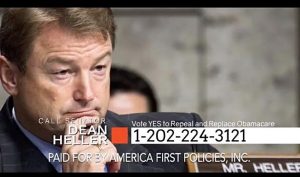 The delay also means that lawmakers are likely to face an extended, already intense campaign on the airwaves, online and on the ground by outside groups when they are home over the next week.

America First Policies, a White House-sanctioned group led by former Trump campaign operatives, has been pounding the bill's opponents with TV ads - including the launch of a $1 million TV and radio ad campaign this morning against GOP freshman Senator Dean Heller (NV), considered the most vulnerable Republican up for re-election in 2018.

The attack ads make it clear that the President's priorities are with winning his battle to repeal Obamacare over the interests of re-electing members of his own party - and preserving their narrow GOP majority in the Senate. 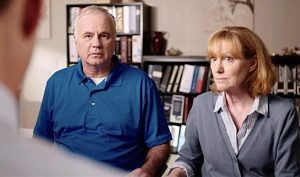 AARP: Tell Your Senator to Vote NO on Health Care Bill

In addition to Heller, Republican Senators who have openly opposed the bill include Ron Johnson (WI), Susan Collins (ME), Rand Paul (KY), Mike Lee (UT) and Shelly Moore Capito (WV), with still others undeclared on their vote.

Meanwhile, Democrats have been waging their own media war.  The group Save My Care launched a seven-figure ad buy targeted at pressuring GOP dissenters to hold their ground on opposition to the bill, and AARP recently announced a media campaign urging Senators in 11 states to vote against the Age Tax and other provisions in the health care bill.

It will take the support of 50 of the 52 Republican Senators to pass the bill (with the vote of
Vice President Pence as tie-breaker).

Help DemList with a Contribution Today