Twelve years ago today, August 29th, Hurricane Katrina hit New Orleans, Louisiana, ground zero for what ended up as one of our country's greatest natural disasters.  Until now. 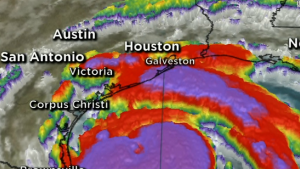 It has been a particularly challenging few weeks for Americans, now faced with a different kind of drama unfolding daily before them -- the widening path of destruction left by Hurricane Harvey, and the devastating impact to hundreds of thousands on the Gulf Coast as the storm continues to pound the upper Texas coast and Louisiana.

The category four hurricane has already broken the lower 48 States' record for rainfall from a tropical cyclone - at its height recording 43 inches in South Houston since Friday.

Harvey is expected to persist with heavy rains through parts of Texas and the lower Mississippi Valley into Saturday.

Climate Change?
Adding to the tragedy is the news that President Trump, in an effort to speed up the approval timeline for infrastructure projects, rescinded Obama-era flood and safety standards just two weeks before Harvey hit Texas.

The 2015 Obama regulations aimed at strengthening infrastructure by requiring building standards that factor in rising sea levels and flooding in coastal areas, and other effects of climate change. 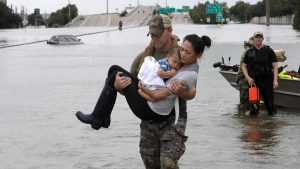 Harvey has hit Houston the Hardest

Although Texas is among the states that are most vulnerable to climate change, minimal funding has been devoted to flood-control planning.

How You Can Help
Just a few of the many groups out there doing good work on Harvey aid - and their donation Links!

Help us keep you informed with a Contribution HERE Today

May 22, 2018 Four southern states will be voting today, providing the largest insight yet into the mood of voters below the Mason-Dixon line. Primaries will be held Arkansas, Georgia and Kentucky...