Kamala Harris will be our Vice Presidential nominee.

At just after 4:00pm today, Joe Biden announced the US Senator from California as his running mate, immediately making history as the first African American and Asian American woman to run on a presidential ticket.

The decision to select his one-time presidential primary rival as his running mate comes just six days short of the August 17-20th Democratic Convention -- enough time to help energize enthusiasm for the country's first virtual convention, and a shorter window for the much-anticipated attacks by the Trump campaign. 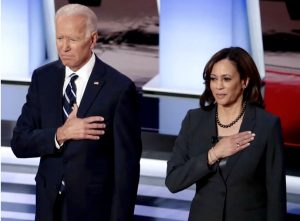 KAMALA HARRIS
Harris was elected in 2016 as California's junior Senator, succeeding retiring Senator Barbara Boxer and becoming the first minority woman elected to the US Senate from the state.

The daughter of immigrants from India and Jamaica, she is only the second African American woman to serve in the United States Senate, and the only African American serving as either a Governor or Senator.

Harris was raised primarily by her Hindu single mother, a cancer researcher and civil rights activist. While she grew up engaged with her Indian heritage, Harris, her mother and sister Maya, embraced Oakland's African-American culture.

Born in Oakland, California, Harris is a graduate of Howard University, one of the nation's preeminent historically black colleges and universities, then went on to earn her J.D. from the University of California, Hastings College of the Law. 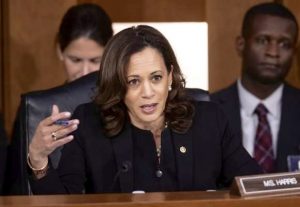 In 2010 she was elected as the first woman and the first African American to serve as California's attorney general -- the top law enforcement official in America's most populous state.

In her nearly two terms in office as attorney general, Harris gained a reputation as one of the Democratic party's rising stars, paving the way for her to become California's junior US senator in 2017.

Elected in 2016, Harris, 55, is the first minority woman elected to the US Senate from California, the state with the largest number of presidential electoral votes.

In the US Senate, Harris has distinguished herself as a member of the Senate Intelligence and Judiciary Committees, going head-to-head with former US Attorney General Jeff Sessions, then-Supreme Court Justice nominee Brett Kavanaugh, and the Trump administration itself. 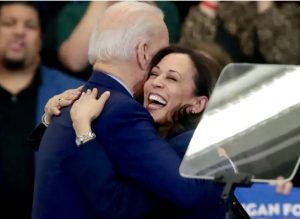