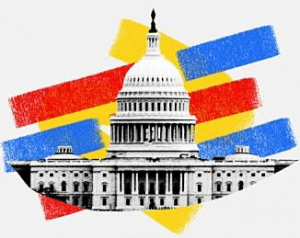 Although Democrats have indisputably won control of the US House of Representatives, there are still a number of races hanging in the balance as final votes are counted.

As of this afternoon there are still 10 House races, 3 Senate and one Governor's race that are awaiting final count.

California
In California mail ballots only need to be postmarked by Election Day, leaving several races undecided as mail ballots, popular in the Golden State, are still being counted. In the true blue state, that is good news for Democrats, who are favored to win most of the outstanding races, regardless of current numbers. 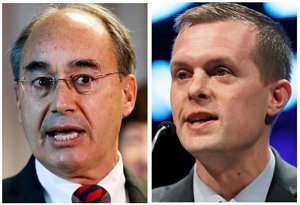 Maine
2nd CD: Jared Golden (D) 46.1% v. Bruce Poliquin (R) 45.7%
Under Maine's Ranked-Choice voting system, since no candidate reached 50+%, the votes of the last-place finisher, independent William Hoar, will be electronically distributed among the other three candidates, based on whom those voters listed second on their ranked-choice ballots. If one candidate still doesn't have the majority, the third-place finisher, independent Tiffany Bond, will then be eliminated, and her votes redistributed. At that point, either Poliquin or Golden will have a majority of the remaining votes, and whoever does, will win the congressional seat. 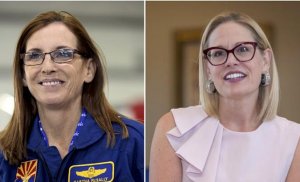 Republicans are suing to challenge the state's process of counting mail-in ballots, which requires confirmation of a voter's signature before being counted.  If an election official is unable to authenticate a signature, the voter in question is contacted for verfication.

Florida
Bill Nelson (D) 49.9% v Rick Scott (R) 50.1%
In Florida, if the vote gap is less than half a percentage point, state law automatically triggers a machinerecount. With the narrowing numbers following absentee ballots, Scott's lead over Nelson has been narrowed to 0.22% points, which turns that into a hand recount.

Three Democratic-leaning counties were still counting ballots as of Wednesday afternoon and are expected to be completed Saturday. 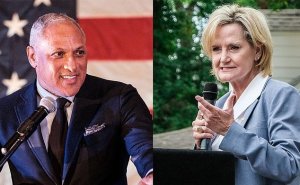 As no candidate secured 50+%, Hyde-Smith and Espy go to a RunOff Election on November 27th.

Georgia
Stacey Abrams (D) 48.7% v Brian Kemp (R) 50.3%
In Georgia, where Republican Brian Kemp leads Democrat Stacey Abrams by 62,613, there are still approximately 25,000 provisional ballots to be counted, which are not expected to be certified until next week.

If the results are adjusted, and one candidate does not received 50+%, then the contest goes to a RunOff December 4th. As of 3pm this afternoon, Abrams needs 23,783 to force a recount and 25,632 for a Runoff.

Abrams has not conceded in the race, citing uncounted absentee and military ballots from overseas. Abrams' team also filed the first in what is expected to be a series of lawsuits yesterday, in this case to request more time to count absentee ballot extensions in Dougherty County, which was ravaged by Hurricane Michael. 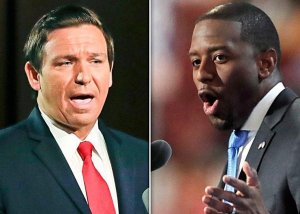 Florida Governor: DeSantis (R) and Gillum (D). it is not over yet

In the interim, Republican Brian Kemp, who has claimed victory, resigned today as Secretary of State, where he was overseeing the sate's election process.

Florida
Andrew Gillum (D) 49.1% v Ron Desantis (R) 49.6%
This race still remains in the win category for the GOP because Democratic candidate Andrew Gillum conceded to DeSantis on Tuesday evening, but that could change.

DeSantis now leades Gillum by 0.47% points, which triggers an automatic recount. Election officials in Florida's 67 counties have until Saturday to report final results, with a recount expected to be completed by November 15th.

SIGNUP to receive the Dailys in your inbox!