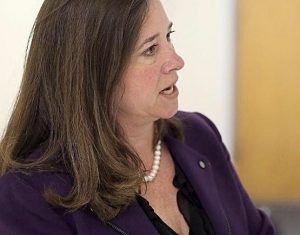 By a margin of one vote, Democrat Shelly Simonds was declared the winner yesterday of the recount in Virginia's 94th Assembly District, unseating incumbent Republican David Yancey (Newport News), and bringing the balance of power in the Virginia House of Delegates to 50-50 .

But the brief victory turned bittersweet with the decision by a three-judge panel this afternoon to validate a previously uncounted vote in favor of Yancey, bringing the race dead even.

Under Virginia law, in the event of a tie, the State Board of Elections will determine the winner by lot (drawing a name or flipping a coin), after which the loser may request an additional recount.

The Simonds-Yancey recount is one of four following the November 7th blue wave of victories in Virginia when Democrats initially picked up 15 seats, bringing them close to flipping the GOP's 17-year control of the lower chamber.

If the current leads hold in the remaining recounts, it brings control of the House of Delegates back to the outcome of the 94th, and the potential 50-50 split, which would necessitate a power-sharing agreement between the two parties, including committee assignments and who is elected Speaker of the House. 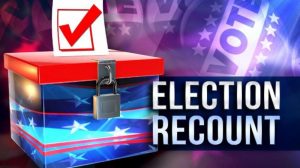 Control of state legislatures is key to control of the 2020 Census and Congressional redistricting.

Virginia is one of 37 states where congressional and state legislative district boundaries are set by the state legislature and, in this case - the Virginia General Assembly.

For now, that power hangs in the balance.