In the wake of the cyber-hacking of the 2016 election, and allegations of election interference in the 2018 midterms, there is an increased call for securing our country's electoral infrastructure as we brace for the 2020 presidential election.

There is more than one way to hack an election, but the most fundamental protections within our control still elude most states -- replacing the antiquated voting equipment.

Another study, conducted by the Brennan Center for Justice, showed 45 states are currently using voting equipment that is no longer manufactured and many are close to 15 years old. 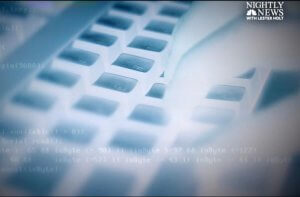 Older machines are not only prone to breakdowns, but their security software also typically cannot be updated to safeguard against cyberattacks.

Greg Miller, cofounder of nonprofit Open Source Election Technology (OSET) points out, "You have equipment that was introduced in 2005. In that time frame, how many times have you changed your mobile phone? And how many times have we replaced our laptops?"

An additional concern is what happens after the votes are counted. Fourteen states, including key presidential battlegrounds like Pennsylvania, Texas, Georgia, and Florida, still have some voting districts with no verified paper backup for their machines.  That means those districts could not do a paper recount if necessary.

While computerized counting of ballots would seem, on the surface, the most reliable. However, election integrity also requires a paper-ballot voting system in which ballots can be re-counted by hand to check whether election outcomes have been technically altered or hacked. 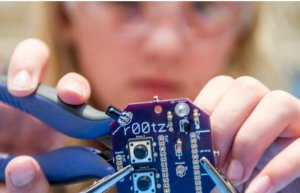 At 2018 DEFCON hackers convention, an 11 year-old hacked an imitation Florida state voting website in less than 10 minutes to change the results of the election.

Tech companies are working to find ways to stop and prevent attacks on our polling systems ahead of the next election, and some, like microsoft, are even offering new free tools to help protect polling machines. That requires, however, the cooperation of the US government.

While Congress provided $380 million under the Help America Vote Act (HAVA) to help states boost their election systems, it only scratches the surface of the estimated $1 billion needed to ensure voter security and replace the majority of the most vulnerable machines before the 2020 election.

More recent legislation has stalled in Congress, demonstrating how the political parties are divided on the subject of election safety.

These vulnerabilities do not include voter fraud, illegal efforts to influence votes, and problems with news, social media, and information surrounding elections. 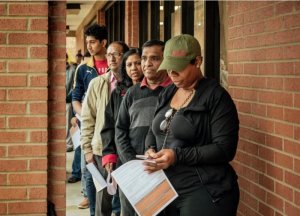 Some states, however, are not waiting on additional funding. In Los Angeles County, California, the largest voting district in the US with more registered voters than 42 states, they are building their own election system.

The new county voting system -- built with open-source technology over 10 years and at a cost of $100 million -- combines a paper ballot with a touch screen, and will experience its first test run during California's presidential primary next March.

A 2018 Survey Monkey poll showed that, while 58% of Americans believed that a foreign government would try to interfere with the midterm elections, 64% were still confident that the vote would be counted accurately.

On that assumption, the jury is still out.