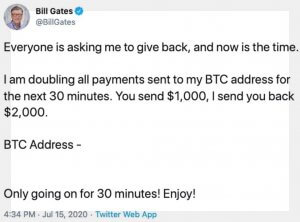 The large-scale cryptocurrency scam had high-profile executives like Amazon CEO Jeff Bezos and Microsoft founder Bill Gates soliciting donations to a bitcoin account, which had amassed more than $115,000 by Wednesday evening.

In a statement, Twitter's support team said, "We detected what we believe to be a coordinated social engineering attack by people who successfully targeted some of our employees with access to internal systems and tools." 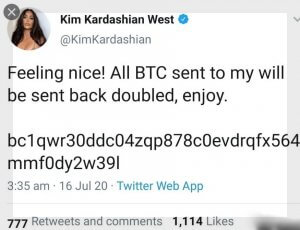 Of the explanation, tech executive Erik Rind said, "Twitter absolutely has some explaining to do here. 'Social engineering,' which is simply a non-technical way to gain deep access into secure systems, has been around forever. It's a whole lot easier to break into a house if you already have the keys!"

Twitter has been under fire for several years for security issues. In 2018, hackers took control of the verified Twitter accounts of Target and Google's G Suite, and in 2019, Twitter CEO Jack Dorsey's account was compromised and the hackers tweeted out sexist, racist comments. Twitter said there was a security issue with Dorsey's mobile provider.

While cryptocurrency scams are common, the size of Wednesday's attack is unusual.

The false tweets reportedly started just after 4pm, with a mysterious post from Tesla CEO Elon Musk's account reading, "I'm feeling generous because of Covid-19. I'll double any BTC payment sent to my BTC address for the next hour." 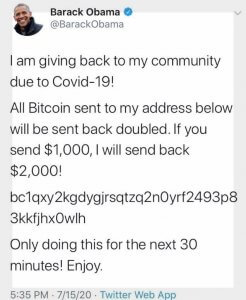 By 9:00pm last night Twitter said the majority of accounts, which were first flagged and shutdown within five hours of the false tweets, had been restored to full functionality.

Although Twitter is conducting an internal investigation, numerous elected officials have called for the engagement of the FBI.

Today, Senator Edward Markey, a member of the Senate Commerce, Science and Transportation, and ranking member of the Security Subcommittee, called on Twitter to provide assurances they are secure from future cyber attacks.

"While this scheme appears financially motivated...imagine if these bad actors had a different intent to use powerful voices to spread disinformation to potentially interfere with our elections, disrupt the stock market, or upset our international relations," said Markey. 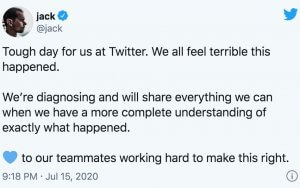 The attacks have been carried out by the Russian hacking group known as "Cozy Bear," which has been responsible for a series of attacks on governments and organizations in recent years.

Officials said the vaccine research had not been hindered by the hackers. Russia has denied any involvement.