The Biden-Harris administration has added another historic pick to their Cabinet with the nomination of Congresswoman Deb Haaland of New Mexico as Secretary of Interior. 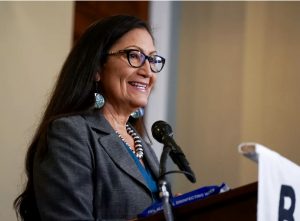 Haaland, a member of the Pueblo of Laguna, who also has Jemez Pueblo heritage, would be the first Native American Cabinet secretary.

The Department of Interior oversees the management and conservation of most federal lands and natural resources, and the administration of programs relating to Native Americans, Alaska Natives, Native Hawaiians, territorial affairs, and insular areas of the United States.

A former Chair of the New Mexico Democratic Party, in 2018 she became one of the two first Native American women to be elected to Congress, along with Sharice Davids (KS-11).

US HOUSE
While Democrats still hold the US House, they enter 2021 with a significantly reduced majority. Going into the November 3rd elections, Dems held a 234 to 201 majority over the GOP. The current count stands at 222 to 211, with two seats outstanding in Iowa's 2nd Congressional District and New York's 22nd. 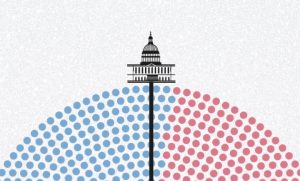 Haaland is the third member of the House to be tapped by Biden, along with Congressman Cedric Richmond (LA-2) and Congresswoman Marcia Fudge (OH-11).

The picks mean the House would have only a one-seat majority, at 219, until their replacements are elected in special elections next year.

Although all three seats are favored for Democrats, it may present greater challenges for House Speaker Nancy Pelosi in passing legislation as she loses the members to the administration. This means we may see staggered confirmations of the three, so all three votes are not lost at the same time.

Update on the Outstanding
The final two House races of 2020 are the closest federal elections in almost four decades.

On November 30th, election officials in Iowa certified Republican Mariannette Miller-Meeks after a recount showed her as the winner in Iowa's Second Congressional District election by a six-vote margin over Democrat Rita Hart.

The contest for the 2nd CD, however, which has been held by retiring incumbent Congressman Dave Loebsack (D) since 2007, is far from over.

Hart, a former state senator, argues the recount was marred by errors and inconsistencies in how ballots were reviewed from county to county, resulting in thousands of ballots with recorded undervotes and overvotes not being examined for voter intent.

On December 2nd, Hart announced that she would contest the election with the House Administration Committee. If the committee recommends the matter to the full House, the chamber will conduct its own full review and hand recount, before deciding the outcome by a majority vote.

The six-vote margin, however, is the closest since the famous 1984 election for Indiana's 8th District, which played out dramatically in the halls of the US House of Representatives. Following the House recount, Democrat Frank McClosky was certified as the winner over Republican challenger Rick McIntyre by four votes. 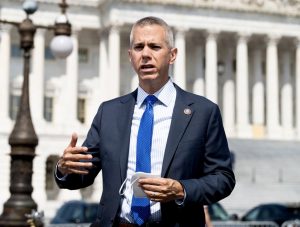 In upstate New York's 22nd CD, freshman Democratic Congressman Andrew Brindisi trails Republican challenger Claudia Tenney by 12 votes. It is a rematch between Tenney, who was elected in 2016, and Brindisi, who unseated her in 2018 by less than 5,000 votes.

Both campaigns asked the state for a judicial review of the final results in the district's eight counties, which is being overseen by State Supreme Court Justice Scott DelConte (D).

DelConte is expected to restart the review December 21st and has said he will certify a winner before Congress is sworn in on January 3, 2021.