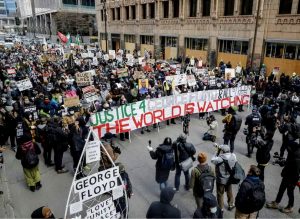 Yesterday's verdict in the George Floyd murder trial was one of the most anticipated court decisions in recent history, marking a turning point in a chapter in US history that set off the largest civil rights uprising since the 1968 death of Martin Luther King, Jr.

The conviction of former Minneapolis police officer Derek Chauvin for the brutal murder of Floyd on May 25, 2020, was a wave of relief felt by a weary nation.

One already driven to the brink by the tyrannical and prejudicial policies of the former President, the disaster of a worldwide pandemic, and the economic devastation inflicted on many in its wake.

History
On May 25, 2020, in Minneapolis, Minnesota, a 46-year old, unarmed African American man, George Floyd, was arrested for passing a counterfeit $20 bill. After being handcuffed, Floyd was pinned facedown on the ground by Derek Chauvin, a white police officer, who continued to kneel on Floyd's neck for nine minutes and 29 seconds, despite Floyd's repeated cries of "I can't breathe." 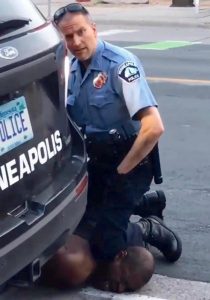 Bystanders' pleas to release Floyd were ignored by Chauvin and three other officers who participated in the arrest, resulting in Floyd losing consciousness and dying.

The tragedy, which was caught on video, went viral, setting off furor and frustration across the country and the world, igniting protests over police violence and racial injustice.

May 28th, Minnesota Governor Tim Waltz (D) approved the deployment of the National Guard to Minneapolis to quell the threat of rioting, prompting then-President Trump to proclaim "When the looting starts, the shooting starts", further inflaming tensions.

Within days, demonstrations rose up in an estimated 70 cities nationwide, protesting not only Floyd's death but that of recent high-profile killings by white police officers of African Americans Breonna Taylor in Louisville, Kentucky; Ahmaud Arbery in Brunswick, Georgia; Eric Garner in New York City; Freddie Gray in Baltimore and others.

By June, more than 60 million residents of US cities had been placed under curfews, affecting people in more than 200 US cities and at least 27 states. Demonstrations, at that point, had also occurred in an estimated 60 countries.

Floyd's death has since become a symbol of police brutality and suppression, particularly of African Americans, and has catapulted the issue of police violence and reform to the forefront of Congress' agenda.

"In George's name and memory we are going to make sure his legacy is intact and that history will look back at this moment." - Vice President Kamala Harris to the Floyd family following the verdict 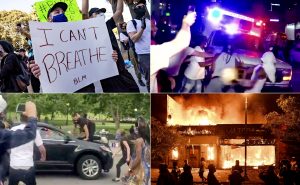 The bill passed the House by a vote of 220 to 212, largely along partisan lines. While there is bipartisan support for passing police reform legislation, opposition from the GOP to provisions, particularly changes to qualified immunity, threaten to stall the bill in the Senate. 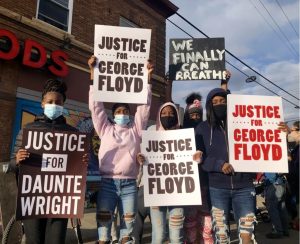 As Judge Peter Cahill read the verdict, cheers from the crowd of peaceful protesters could be heard outside the heavily secured Hennepin County Government Center in downtown Minneapolis.

1) Unintentional Second-Degree Murder: The unintentional or unplanned killing caused by "reckless disregard for human life.  Punishable by up to 40 years in prison.

2) Third-Degree Murder: An unintentional killing causing someone's death by committing an act that is eminently dangerous to other persons while exhibiting a depraved mind, with reckless disregard for human life. Punishable by up to 25 years in prison.

3) Second-Degree Manslaughter: A death caused by negligence in taking actions that clearly pose a risk of severe bodily harm or death to another person. Punishable by up to 10 years in prison. 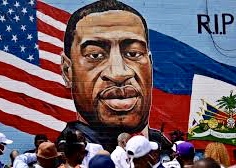 Sentencing
Sentencing will take place in approximately eight weeks when the judge will determine the length of Chauvin's sentences.

Mitigating factors include whether Chauvin's lack of criminal history will diminish the number of years, or if additional time may actually be added based on "aggravating factors" submitted by the prosecution.
Those include the level of cruelty inflicted on Floyd, committing a crime in front of a child (the youngest witness was nine years old), using police authority to commit a crime, and committing a crime as part of a group of three or more offenders.

The other three officers involved in Floyd's murder have been charged with aiding and abetting, and are expected to be tried jointly in August.

"I would not call today's verdict justice because justice implies restoration. But it is accountability, which is the first step to justice. Now, the cause of justice is in your hands."- Minnesota Attorney General Keith Ellison