As Congress prepares to go home for the Thanksgiving holiday in a few weeks and, soon after, close out the first session of the 115th Congress, many have aleady shifted their focus to the 2018 House Legislative Calendar -- just released today.

If you are a lobbyist or activist whose life centers around our nation's Capitol, or just planning your trip to DC (you can go watch the House in Session) -- here's a little background on the calendar and how it works! 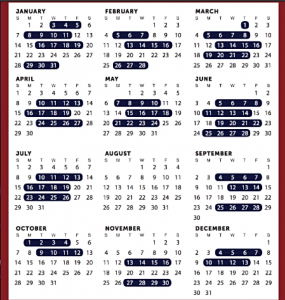 US House of Representatives 2018 Legislative Calendar

When a House committee reports "out" a measure (or proposed bill), it is placed on one of several calendars or lists. If a measure is not on one of the calendars, it is either awaiting action by the House committee(s) to which it was originally referred -- or it is being held "at the Speaker's table" for motions that may pass by voice or unanimous consent, without first going to committee.

The public House Calendar puts into calendar-form all that information, as well as the voting and floor schedule, and days the House is "in session" or home for a monthly "District Work Period" attending to constitutent business. There are also two more lengthy adjournments for summer recess and winter break.

In releasing the 2018 Calendar, set by the controlling Republican majority, House Democratic Whip Steny Hoyer (D-MD) criticized the lack of legislative accomplishments in the first session, and called on Republicans to use the second session more effectively than the first.

The gridlock in Congress, and between GOP leaders and President Trump, is good news for Democrats, who expect to benefit from the chaos at the ballot box next November. In the interim, check the calendar for the latest updates. 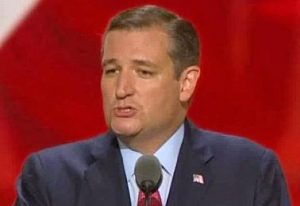 "If we do nothing, if tax reform crashes and burns, if Obamacare nothing happens, we could face a bloodbath." - Ted Cruz

February 21, 2018 Pennsylvania’s new court-mandated congressional map was released this week, providing new promise for Democrats in one of the country’s key battleground states. The...

June 16, 2021 This evening the US House of Representatives voted 415 to 14 to pass H.R. 1320, establishing June 19th as Juneteenth National Independence Day, which commemorates the end of slavery...

Not since JFK has a candidate won the Presidency without winning Ohio, and in the last four presidential elections, the average margin of victory has been just 3%. The Buckeye state is a critical...