In addition to the 435 House and 34 Senate races that are up in 2016, there are twelve Gubernatorial races (plus Puerto Rico and American Samoa) that may impact or be impacted by the presidential election and the subsequent increased voter turnout and political "coattails" in their states.

Governors/The Count
55 Sitting Governors: 31 Republicans, 18 Democrats and 1 independent (Alaska) & 5 Territories
Term Lengths: Governors are elected every four years, with the exception of Vermont and New Hampshire, which hold their gubernatorial elections every two years.
Term Limits: Imposed in 36 states & 4 territories (2 terms, 1 term or alternating)
Up in 2016: 12 states, including 1 special election (Oregon/Kitzhaber Resignation) & 2 territories
Up in 2017: 2 states (New Jersey and Virginia)
Up in 2018: 34 states & 3 territories
Up in 2019: 3 states (Kentucky, Louisiana, and Mississippi) 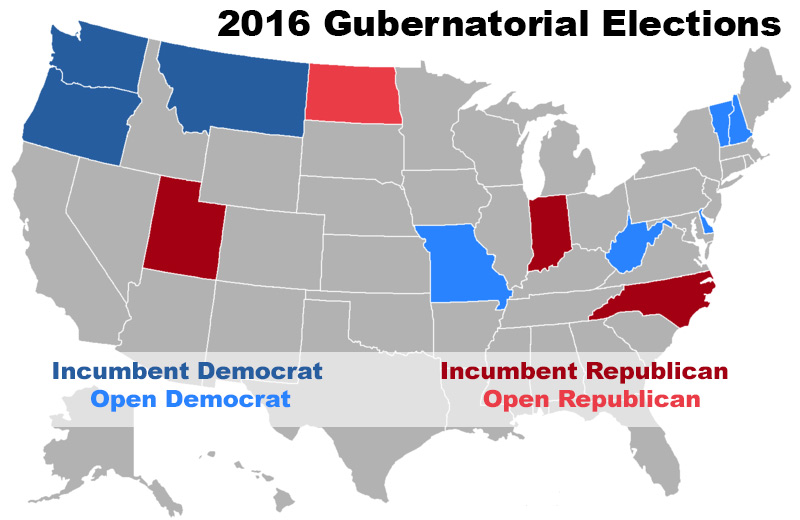 Four of the races are ranked as "toss-up," including three elections in presidential battleground states (click on names to go to their websites!).

This includes New Hampshire, which will finalize its general election candidates in the September 13th primary.

*Incumbent, **Cook Report and Rothenberg/Gonzales Political Report, ***FiveThirtyEight and RealClearPolitics
For more information, check out the Democratic Governor's Association.
DemList
Connecting you to The Party
Connecting you to Each Other
Kimberly Scott
Publisher

January 21, 2022 It has been a historically challenging first year for President Joseph Biden. He inherited an ongoing global pandemic, economic turmoil, a climate crisis, a 20-year war, and a...