Amidst the firestorm of other headline news, the public is facing a potential shutdown of the United States Government.

The Way It Works
Under the current budget process, Congress must appropriate funds by September 30th for the following fiscal year.  If lawmakers cannot come to an agreement, they may pass at least one continuing resolution (CR) that funds the government through an extended period, to allow for further negotiation. 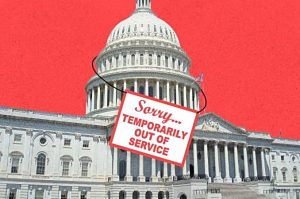 If Congress still can't agree, then that forces a shutdown.

A shutdown then becomes essentially a showdown between the two parties over aspects of the federal budget until they can be resolved.

It results in the temporary shutting down of non-essential government agency activities, and the furlough of approximately 850,000 non-essential personnel.

Who is Affected?
Most immediately, those who depend on government services, and those providing them. Ultimately, the public. 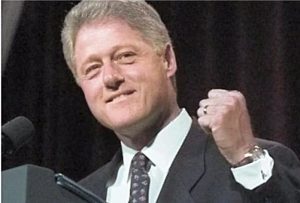 On a practical level, shutdowns hurt our citizens. The 2013 16-day shutdown between the Republican -controlled House and the Democratic-controlled Senate over the GOP's attempt to defund the Affordable Care Act (Obamacare), resulted in an estimated $24 billion loss to the economy.

The Current Hold Up
The Roadblocks: defense spending, immigration, healthcare, and the tax plan - which Republicans want to pass before they focus on a spending bill.

Going on Now at The US Capitol!

Status: There is currently a continuing resolution in effect through December 8th.  If Congress does not agree by then on the budget for fiscal year 2018, they may extend the CR until the end of the year, or shutdown the government.