The Supreme Court of the United States (SCOTUS) is hearing two cases this term that will have a profound effect on the way political battlelines are drawn in the future and, most immediately, the 2018 elections. Both concern the process of partisan "gerrymandering."

The first, Gill v Whitford, involves a challenge by Democrats to a 2011 redistricting plan drawn by Wisconsin's Republicans who hold the majority in the state legislature. 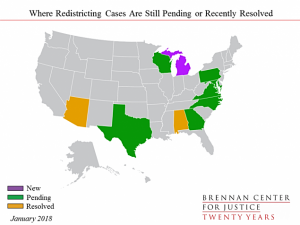 If Democrats prevail it will be the first time the court strikes down a legislative map because of extreme partisan gerrymandering.  SCOTUS heard arguments last October, but have yet to issue a ruling.

The second, Benisek v. Lamone involves a challenge by Maryland Republicans to the 2013 lines drawn by the ruling Democrats in a US Congressional District, claiming it has been gerrymandered to the advantage of Democrats.

A dozen other cases, including a challenge to this week's federal ruling in North Carolina, may be making their way to the Supreme Court, but the Wisconsin and Maryland cases mark the first time SCOTUS has agreed to consider redistricting challenges based on partisan gerrymandering(as opposed to those drawn based on racial lines).

Congressional Redistricting: How It Works
There are 435 Congressional Districts, each representing on average 711,000 constituents. The average number of individuals per district, and the number of districts in each state, shifts with the decennial count (every ten years) of the US population by the US Census Bureau. The next census will be taken in 2020. 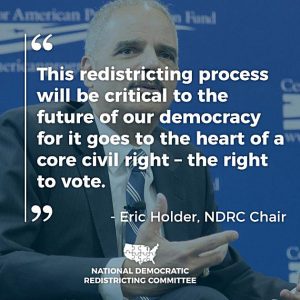 The Process
Although the total number of 435 US CDs was established under the 1929 reapportionment act, it is individual state constitutions and laws that mandate the process for deciding how the boundaries of each of those Congressional Districts will be drawn, or re-drawn.

Each state is different, but the majority of redistricting plans, 27, are drawn by the state legislatures themselves (often subject to approval by the state's Governor).

Four states - Maine, New York, Rhode Island, and Virginia - give independent bodies authority to propose redistricting plans, but preserve the role of legislatures to approve them.

The remaining seven states, with the lowest populations, do not need to draw congressional districts because they have only a single representative for the entire state: Alaska, Delaware, North Dakota, South Dakota, Vermont, and Wyoming. 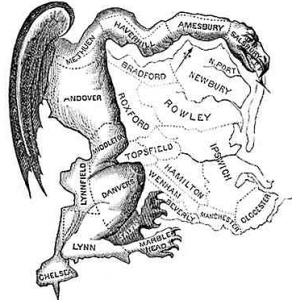 "Gerrymander" comes from a district drawn to benefit the party of Governor Eldridge Gerry (MA) in 1812, said to resemble the shape of salamander

The five US territories and D.C., which each send a non-voting delegate to the US House, are also not affected by redistricting.

The Battle
At the core of the redistricting fight is the National Democratic Redistricting Committee, launched in January, 2017 by former Attorney General Eric Holder, in coordination with President Barack Obama.

SCOTUS will make rulings by the end of their term in June, 2018.

May 16, 2019 In late March, on NBC News, Environmental Protection Agency Administrator Andrew Wheeler stated that “most of the threats from climate change are 50 to 75 years out.”...