The 2016 presidential election underscores the gap between women and men in politics - on more than just one front.

Although women were granted the right to vote in 1920, they did not equal men's turnout numbers until the 1980 election.

Since 1980, however, women have made up at least 50% of the electorate, and voted for Democratic candidates in every election since. 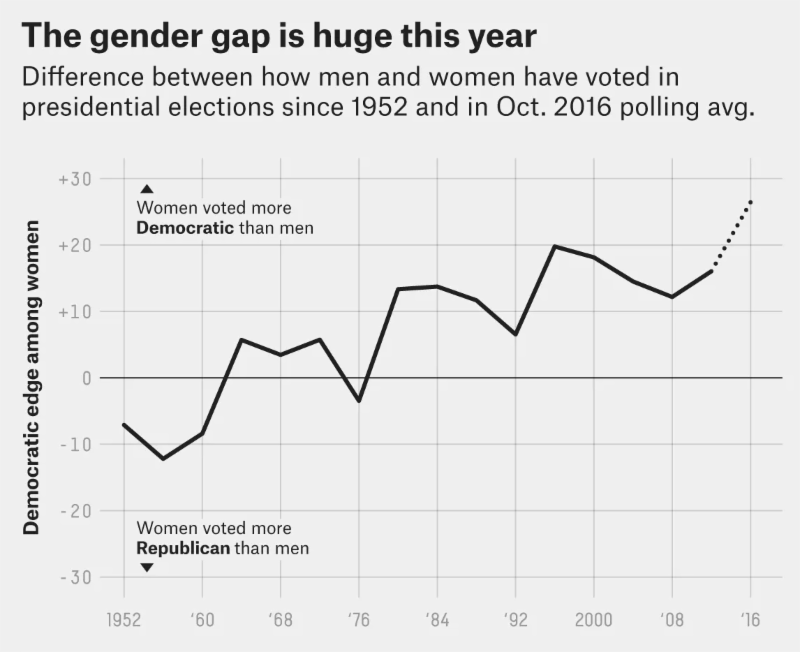 This year's race, however, promises to exceed all records (the largest margin was 20% for Bill Clinton in 1996).

In the current presidential contest women are favoring Hillary Clinton by over 20%, while Donald Trump leads among men with roughly 7%.

It is no surprise, given Trump's history of comments regarding women, that those numbers are expected to go up even further.

Never has the margin between male and female support for candidates been so broad.

The fact that women voters have also voted in larger #s for Democrats in almost every presidential since 1964 bodes well for Clinton and down ballot races nationwide.

In 2016 we have an opportunity to elect a woman to the highest office in the country for the first time in its history.

It has never been more important for women to get out and vote!

January 9, 2018 President Trump met with Republican and Democratic Members of Congress at the White House today to discuss, once again, a “deal” on comprehensive immigration reform...