The tragic, anti-Semitic shooting at the Tree of Life Synagogue in Pittsburgh on Saturday, which killed 11 and injured seven, was a stark reminder of the importance of the issue of gun safety in the November 6thelections -- now just seven days away.

The Players
As of October 17th, gun rights groups, like the National Rifle Association (NRA), have outspent gun control organizations by eight to one in contributions to members of Congress. 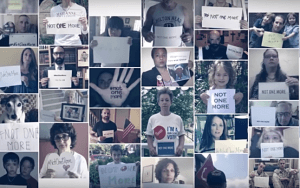 However, gun control advocates have surpassed gun rights groups in outside spending to elections, spending a reported $20.2 million to the pro-gun groups' $14.1 million.

Thanks in large part to the funding of former New York City Mayor and Everytown for Gun Safety founder Michael Bloomberg, gun control organizations have the monetary advantage for the first time in two decades.

The Victims
Of the twenty deadliest shootings in American history, eighteen have occurred in the last twenty years. 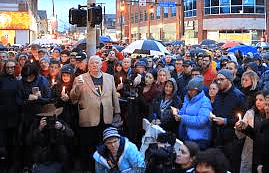 The Decision Makers
Congress
The last major piece of gun control legislation to make it into law was the 1994 assault weapons ban, passed as part of a larger crime-related bill approved by Congress and signed by then-President Bill Clinton. But the ban, which applied to the manufacture of 19 specific models of semi-automatic firearms and other guns with similar features, expired in 2004, and repeated attempts to renew it have failed.

Resources
MomsDemandAction/Everytown: Throw Them Out

March 4, 2019 Two more candidates, both from western states, have entered the Democratic presidential contest and quest to take on Donald Trump, or the Republican nominee, in 2020. They are also...