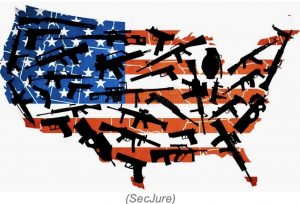 Hundreds of families had an empty place at the table this Thanksgiving, having lost a loved one to gun violence in any of the 617 mass shootings that have occurred in the United States so far this year.

Among those -- seven Chesapeake, Virginia Walmart employees who were murdered November 23 at the hands of a coworker before he turned the gun on himself. The youngest victim was just 16 years old.

The killer purchased the 9mm weapon legally the day of the shooting because Virginia, like 41 states, does not require a waiting period between the time of purchase and the actual physical transfer of a firearm.

Three days earlier, another mass shooting -- when four or more victims are injured or killed by a gun -- was perpetrated at the LGBT "Q" nightclub in Colorado Springs, Colorado. Five were killed and 25 more injured. 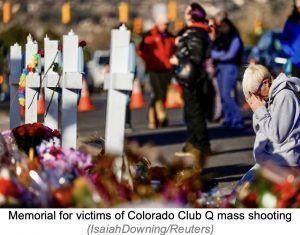 The shooter, who used an AR assault-style rifle, had a previous record of violence, having been arrested for threatening his mother with weapons and a homemade bomb just 18 months earlier.

Colorado has strong gun laws, including an Extreme Risk or "Red Flag" law that empowers loved ones or law enforcement to temporarily prevent violent individuals from accessing firearms. However, El Paso County, where the shooting took place, is among the estimated 60% of counties nationwide that have declared themselves a “Second Amendment Sanctuary,” refusing to enforce gun safety measures. 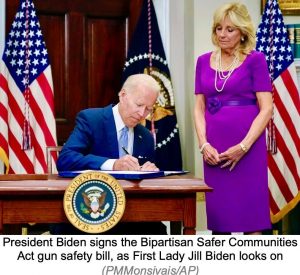 We are reminded daily that gun violence is still one of the most pressing issues of our time, while also being one of the most divisive -- as evident in the fight being waged on unprecedented fronts in Congress, our courts and our communities.

The Status
Historic advancements have been made under the Biden Administration, which has issued more than 20 executive actions related to gun safety and presided over the most significant gun safety legislation to pass Congress in nearly 30 years.

The Bipartisan Safer Communities Act, signed into law by President Biden on June 25, 2022, is the first piece of gun control legislation to successfully reach a president's desk since the 1994 assault weapons ban, which expired in 2004.

The Act incentivizes states to pass red-flag laws, strengthens background checks for 18-21 year-olds and closes the "boyfriend loophole" by expanding the prohibition of gun ownership to people convicted of domestic abuse of dating partners rather than just spouses and former spouses.

It institutes "Straw purchasing" penalties and clarification of the definition of a firearms dealer, and funds school safety, mental health programs and telehealth.

Although a breakthrough, Republicans still blocked more substantive measures from enactment, including universal background checks, a ban on the sale of large-capacity magazines, a mandatory waiting period for gun sales, and a license requirement to purchase an assault weapon.

Any of those might have stopped the one-third of mass shootings that occur with assault weapons, including that in Uvalde. 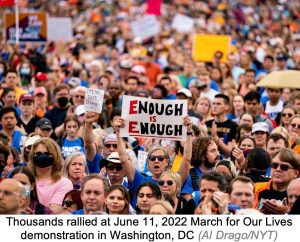 The same day the Bipartisan Safer Communities Act was passed in Congress, however, the Supreme Court of the United States moved in the opposite direction in its decision in New York State Rifle & Pistol Association v. Bruen, which challenged New York's strict license requirement for carrying guns in public.

In yet another landmark decision for the High Court's conservative supermajority, SCOTUS struck down, 6 to 3, New York's 111-year-old law, ruling it was unconstitutional.

In the majority opinion, Justice Clarence Thomas wrote that the Second Amendment's "constitutional right to bear arms in public for self-defense is not 'a second-class right,' subject to an entirely different body of rules than the other Bill of Rights guarantees."

In the dissent, Justice Stephen Breyer wrote, “The question before us concerns the extent to which the Second Amendment prevents democratically elected officials from enacting laws to address the serious problem of gun violence. And yet the Court today purports to answer that question without discussing the nature or severity of that problem.”

The decision had immediate implications for six states with similar laws, including Maryland, Massachusetts, Rhode Island, California, Hawaii and New Jersey. In the last three, directives have since been issued to relevant agencies to curb or halt enforcement of restrictions regarding public carry permits.

State laws, and those of the DC and the territories, vary considerably and are independent of existing federal firearms laws. While 44 states have a provision in their constitutions similar to the Second Amendment's right to keep and bear arms, many have enacted responsible gun safety laws in response to the gun violence crisis.

Seven of the 10 states with the strongest gun laws have the lowest gun death rates. California continues to have the strongest gun safety laws in the country, while Mississippi, which has the highest rate of gun deaths per 100k people at 28.6, has the weakest.