Of the twenty deadliest shootings in American history, nineteen have occurred in the last twenty years. 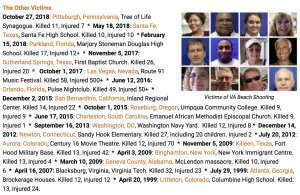 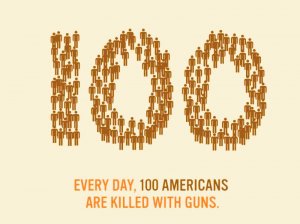 The Decision Makers
Congress
On February 27, 2019, the US House passed the Bipartisan Background Checks Act of 2019, a bill that proposes requiring federal criminal background checks on all firearms sales or transfers, with carefully defined exceptions for gifts to family members, hunting, target shooting, and self-defense.

The bill passed 240-190, largely along party lines. Eight Republicans voted with most Democrats in favor of the bill, and two Democrats, Congressmen Jared Golden (ME) and Collin Peterson (MN), voted against.

The bill has been sent to the Republican-controlled Senate, which has taken no action. In the unlikely event that the US Senate passes the bill, President Trump has already said he will veto the legislation.

The last major piece of gun control legislation to make it into law was the 1994 assault weapons ban, which expired in 2004, and repeated attempts to renew it have failed. 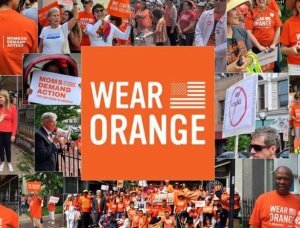 The States
While the federal government continues to fail to act, state legislatures have taken the issue of gun violence into their own hands.

In 2018, 26 states and Washington DC passed 67 new gun safety laws. Four states raised the minimum age for firearms purchases, and seven states strengthened or expanded background checks for gun buyers. Of the 10 states with the strongest gun laws, seven of them have the lowest gun death rates.

California continues to have the strongest gun safety laws in the country, while Mississippi has the weakest. 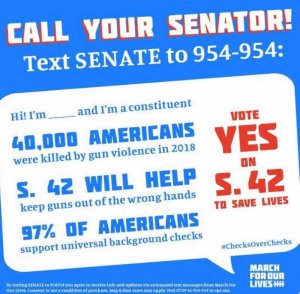 Connect to your Senator to demand action on Background Checks Bill

The Gun Laws in your State: Everytown Gun Law Navigator
Wear Orange Weekend: Find an Event Near You
The Presidential Candidates: Where do they Stand?