Former National Security Advisor Michael Flynn became the first senior White House official and fourth person connected to the Trump campaign, to fall victim to the Special Counsel's investigation -- but most assuredly not the last.

Flynn pled guilty in federal court today to one count of lying to the FBI about conversations he had with Russian Ambassador Sergey Kislyak last December.

The Descent of Michael Flynn: The Timeline

Dates may vary depending on source

In addition to the current charges, Flynn is being investigated into his illegal $530,000+ lobbying contract with allies of the Turkish government.

Flynn also verified he is cooperating with the far-reaching Special Counsel's investigation into the Russia-Trump Campaign connection. 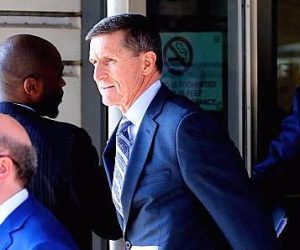 Let the dominos fall.  DemList will keep you informed.