Saturday's February 22nd Nevada Caucuses, the third Democratic primary contest of the presidential election, will be a turning point for some among the field of now eight candidates struggling to remain viable.

The "First in the West" Nevada caucus is the largest to-date, with 36 delegates up for grabs. It is also the first time that candidates will be tested by a large minority constituency. Unlike Iowa and New Hampshire, which are predominantly white, Nevada is 30% Hispanic and 9% African American. 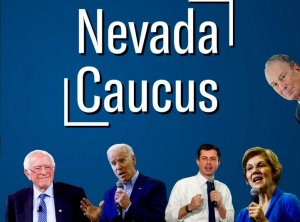 How It Works
Unlike primaries, which are run by state and local governments, caucuses are private events run by the state political party, and involve rounds of voting.

Although the Nevada Democratic caucuses are "closed" to registered Democrats only, eligible voters may register or change party affiliation on Caucus Day or at their in-person early vote location.

This Saturday caucus goers will check in at one of 252 sites across the state at 10:00 PT, and precinct caucuses will be called to order at 12noon PT.

When the caucus begins, eligible caucus-goers divide into groups based on which candidate they support. If a preference group for a candidate does not have enough members, which is usually 15%, to be considered viable, those individuals can "realign" and join another preference group. 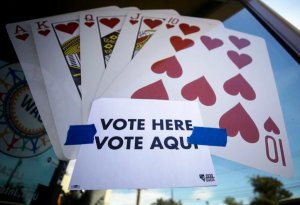 Delegates are then awarded to the top preference groups, or candidates, based on their size. Ties are broken with a deck of cards (Aces high!).

Precinct chairs will use Google forms on an iPad to do the caucus math, with paper backups, and will call in the results. The state party dropped its plans to use an app for reporting after the inaccuracies it produced in the chaotic Iowa caucuses.

Once all the results are in, including the early vote totals, the Nevada Democratic Party will release the allocated breakdown of 36 pledged national convention delegates to candidates who hit the 15% threshold in both congressional districts and statewide totals.

The Larger Picture
Nevada, with six electoral votes, has voted with every winning presidential candidate for the last thirty-six years with the exception of 2016, when Hillary Clinton won the state 47.9% to 45.5% over Donald Trump. 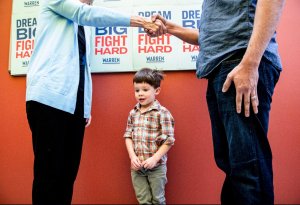 Neither of the Silver State's two US Senators, Democrats Catherine Cortez Masto and Jacky Rosen, are up for reelection in 2020, nor is Democratic Governor Steve Sisolak.

However, State Senate and Assembly seats are up -- which are key to control of redistricting in 2021. In Nevada, the legislature draws the new congressional and legislative district map, subject to veto by the Governor.

It was a busy weekend for the country, and the ongoing “days of action” in the new world of the new Trump Administration. Among the 22 Presidential Executive Orders and Memoranda, the...