This Saturday, June 30th, women, families and activists will descend upon the US Capitol and other cities worldwide to protest the Trump Administration's inhumane "zero-tolerance" immigration policy.

In addition to the 300,000+ who are expected to march in Washington, DC, there are 628+ #FamiliesBelongTogether events planned in all 50 states and other countries to stand up against family separation and detention of immigrant families. 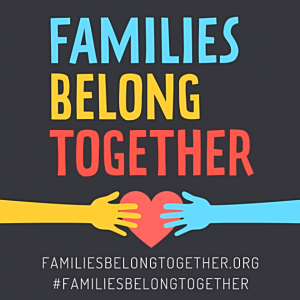 Zero Tolerance
The President has been under daily siege for his "zero tolerance" immigration policy, which calls for the prosecution of migrants who attempt to illegally cross the United States-Mexico border, and for taking away the children who cross with them.

The policy, announced by Attorney General Jeff Sessions on May 7th with the stated goal of deterring future immigration, resulted in the separation of over 2,300 migrant children from their parents in the first month.

As images and stories of families torn apart under false pretenses and purportedly cruel practices intensified, Trump backtracked on his stance and signed an executive order ending the family-separation policy on June 20th.

However, both the original implementation and the reversal of the order were done without planning or coordination with border authorities or aide workers on the ground -- and a majority of the children are now spread out over 17 states, in more than 100 shelters, without record.

The judge's order, however, does not mean the Trump Administration must stop prosecuting people who cross the border illegally, nor does it guarantee the immediate reuinification of the families, which authorities say will be difficult to do in the allotted timeframe - given the lack of tracking system. 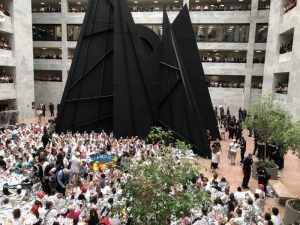 Protestors at Hart Senate Office Building draped themselves in silver thermal blankets - evoking images of migrant kids in shelters - and chanted "Abolish ICE" and "We care."

The Anti-Immigration Administration
The border policy is one in a long line of anti-immigration, prejudical policies that Trump preached during the campaign and has instituted since in office.

Among the most controversial are the "Muslim travel ban," which the US Supreme Court just ruled as constitutional this week, and the rescension of the Deferred Action for Childhood Arrivals (DACA) program, an Obama-era directive that provided legal status and protections from deportation for "Dreamers" - a class of 800,000 undocumented immigrants brought to the US as minors.

Saturday's events are a followup to this Thursday's Day of Action when 625 people were arrested after a staged sit-in at the Senate Hart Office Building, following a morning of protests and marches in DC from Freedom Plaza to the Department of Justice to Congress. 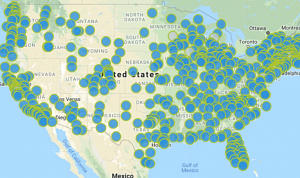 March 18, 2020 Former Vice President Joe Biden swept all three of yesterday’s St. Patrick’s Day primaries, all but cinching the Democratic nomination with an estimated gain of at least...