While House lawmakers await the outcome of their leadership elections next week, Senate Democrats re-elected their party leadership by acclamation during a closed-door caucus meeting last Wednesday.

In contrast to the House, it has been 24 years since Senate Democrats had a contested election. The last pitted Chris Dodd (CT) against Tom Daschle (SD), with Daschle triumphing by one vote.

Senate Minority Leader
Senator Chuck Schumer (New York)
Schumer, 68, has served as Minority Leader since 2017, succeeded retiring Senator Harry Reid.  He was elected to the Senate in 1998, after serving in the US House of Representatives, from Brooklyn, for 18 years. 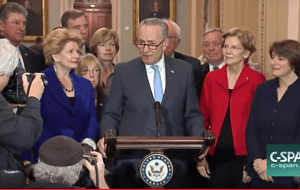 Senator Dick Durbin (Illinois)
Durbin, who turns 75 tomorrow, has served in the number two role in the caucus since 2005. He was elected to the Senate in 1996 andpreviously represented Springfield, Illinois in the US House for eight terms.

Going into her second term as Assistant Minority Leader, she is the highest-ranking woman in the US Senate. 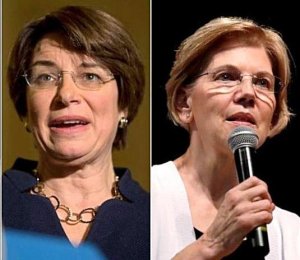 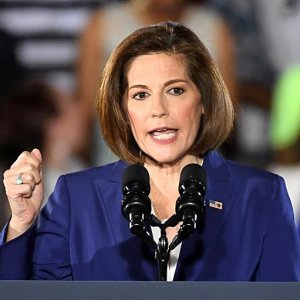 Catherine Cortez Masto, the first Hispanic female US Senator, will Chair the DSCC

Outreach Chair
Senator Bernie Sanders (Vermont)
The longest-serving Independent in congressional history, Sanders, 77, was elected to the Senate in 2006 after serving 8 terms in the US House. Although an independent, he caucuses with the Democrats and, in 2016, was a major contender for the Democratic presidential nomination.

Democratic Policy and Communications Committee Vice Chair
Senator Joe Manchin (West Virginia)
Manchin, 71, was West Virginia's Secretary of State before being elected its 34th Governor in 2004, and US Senator in 2010, when he won the special election to fill the seat vacated by the late Senator Robert Byrd. 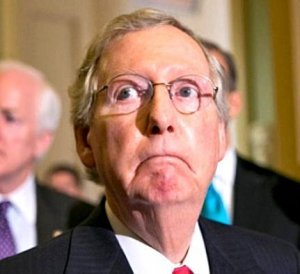 Mitch McConnell (KY), the face of the Republican Majority

Nevada Senator Catherine Cortez Masto, 54, will serve as the Chair of the DSCC, the political campaign arm of the Senate.

The freshman Senator, elected in 2016 to succeed retiring Senator Harry Reid (D), previously served as the state's Attorney General. She is the first woman elected to represent Nevada in the Senate, and the first Latina elected to serve in the US Senate.

The Republican Majority
Republican re-elected most of their leaders, with a few new names due to term limits and retirements.

January 11, 2018 The Supreme Court of the United States (SCOTUS) is hearing two cases this term that will have a profound effect on the way political battlelines are drawn in the future and, most...