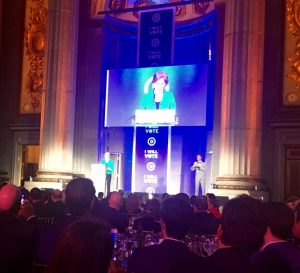 A packed room of donors, DNC members and political players at the Mellon Auditorium were treated to a rousing tribute to the party's progressive base, and the accomplishments of the last year under the leadership of Chairman Tom Perez and Deputy Chair Keith Ellison.

Among the highlights were speeches from some of the familiar faces of the party, including Senators Kirsten Gillibrand (NY), Elizabeth Warren (MA) and Cory Booker (NJ).  The presence of the three potential presidential candidates was also a reminder that we are less than a year away from the start of the official presidential campaign season.

Two welcome additions to the agenda included Oregon Governor Kate Brown and newly elected Senator Doug Jones, fresh off his historical upset in the December 12th Alabama Special Election for Attorney General Jeff Sessions seat. Jones, who came across as a sincere and compelling voice, said "we lost a generation of voters in the South" and called for a continued move towards unity within factions of the party. 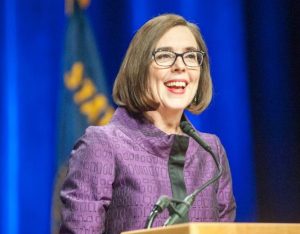 Through Saturday DNC members from every state in the country are convening at the Marriott Wardman in DC to participate in caucus, council, and committee meetings as well as training sessions. There will be one general session meeting to discuss party business on Saturday, March 10th that is open to the general public. 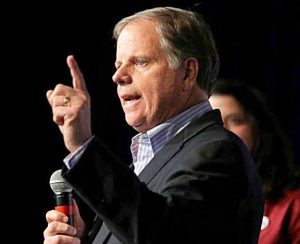 Jones: "We can't afford to be divided amongst ourselves - the country is divided enough."

As a part of their 2018 electoral strategy, the DNC has launched a new campaign to reach 50 million Americans across the country to commit to vote for Democrats this November.

IWillVote is an online and on-the-ground organizing initiative to connect voters nationwide with new innovative tools and technologies, with key partnerships to drive voters to the polls in the mid-terms -- when voting typically falls off.

For the first time in a modern American presidential campaign, a debate on trade and manufacturing policy has taken center stage in both parties. Recent focus group and polling data show these...