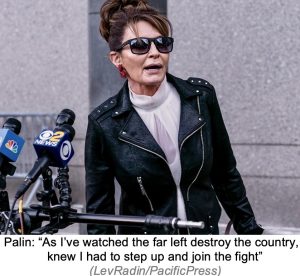 Former Governor and 2008 Vice Presidential candidate Sarah Palin is back in the spotlight with her entrance into Alaska's at-large congressional special primary election.

Palin, who announced April 1, is one of 48 candidates seeking to fill the seat held for almost five decades by Republican Congressman Don Young, who passed away March 18 at the age of 88.

While Palin boasts the largest national political profile among the contenders, she must still fight for a spot in the state's new blanket primary system where the top four finalists go on to the general election.

Voting in Alaska
Alaska will hold two congressional elections over the next seven months for one seat. The first, a special primary election on June 11, will go to a general election vote August 16 to fulfill the remaining 2022 term of Young, who was the longest-serving Republican member of Congress. 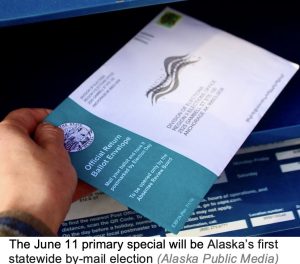 Residents will also vote in the regularly scheduled primary election on August 16 to determine who will compete in the November 8, 2022 general election to represent the state's singular, at-large congressional seat in the next Congress.

Added to the mix is that voters will be casting their ballots for the first time under Alaska's new all-party open primary system, passed in a 2020 ballot referendum, in which the top four candidates advance to the general election.

The general election winner will then be determined by ranked choice, meaning voters will rate their preferences from one to four. If no one candidate receives a majority on the first count, the votes for trailing candidates will be redistributed until a candidate surpasses 50%.

Alaska Politics: The Lay of The Land
Alaska has supported Republicans in presidential elections since becoming the 49th state in 1957, with the notable exception of Lyndon Johnson's 1964 landslide. Although Republicans currently dominate state politics, Alaska's independent-minded voters have supported Democrats statewide in the past.

The Last Frontier State is represented by Republican Senators Lisa Murkowski and Dan Sullivan. Murkowski, who was one of seven Republican senators who voted to convict former President Donald Trump in his second impeachment trial, is also one of the most moderate Republicans in the Senate and often a crucial swing vote for Democrats 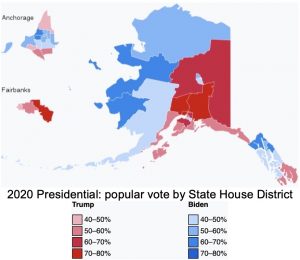 Although Murkowski is heavily favored to win reelection this year, she is among a handful of GOP incumbents targeted by Trump for retribution, drawing further attention to Alaska in the midterm elections.

Sullivan, who unseated incumbent Democratic Senator Mark Begich in 2014 by just over 6,000 votes, was reelected in 2020, fending off Democratic challenger All Gross by 12.7%.

The GOP also controls the office of governor and the upper chamber of the state legislature, while control of the lower chamber is split between parties. GOP Governor Mike Dunleavy, who defeated Democratic nominee and former Senator Mark Begich, 51.4% to 44.4% to win in 2018, is up for reelection in 2022 in a somewhat competitive race.

Alaska's congressional district was held by Young since 1973, who won a special election to replace two-term Democrat Nick Begich, Sr., who died in an airplane crash in October of 1972. Young, a moderate, was reelected to his 25th consecutive term in 2020 with 54.4% of the vote. 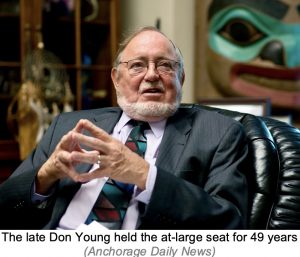 Alaska's At-Large Congressional Special Election
While Palin may have the strongest name identification among the 17 Republicans who met the April 1 filing deadline for the June special election primary, her abrupt exit from Alaska politics may not bode well among some voters.

Since her meteoric rise to fame as John McCain's Vice Presidential running mate in 2008, Palin has left the state behind, starting with her early resignation from the governor's mansion in 2009 to kickstart a largely failed media career.

She stumped for Trump in 2016, who returned the favor by endorsing her just days after she filed for the congressional special election. While Trump's endorsement may be a boost in a state he carried by 10% in 2020, Palin is still facing serious Republican and Democratic opposition in the open primary. 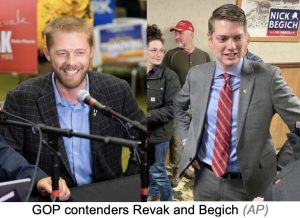 Begich, a software company entrepreneur and former Club for Growth fellow, bucked his family's long history in Democratic politics to run as a conservative. He has the endorsement of the Republican Party’s Central Committee.

Among the Democrats, orthopedic surgeon and 2020 Senate nominee Al Gross, who is running as an independent, is the lead contender.

Gross grew up in Juneau and in politics, as the son of former Alaska Attorney General Avrum Gross and Shari Gross, the first Executive Director of the United Fishermen of Alaska and founder of the League of Women Voters-Alaska. Also a commercial fisherman and founder of the Juneau Bone and Joint Center, he is a major advocate for healthcare reform.

In his 2020 Senate campaign, Gross raised $19.4 million to Sullivan's $10.47 million. Gross also benefited from more than $15 million from outside groups such as the Lincoln Project and North Star PAC. 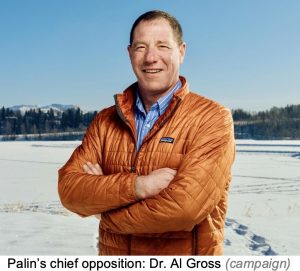 Given the circumstances of Alaska's new voting system, a split among several Republicans in the top four primary finalists could mean a winning boost for a Democrat or Independent. Just one month into the election, however, the race is still as wildly open as the state itself.