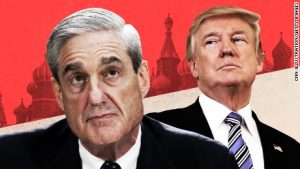 * Grand Jury Convened by Special Counsel Robert Mueller - one of several, including a DC-based grand jury already impaneled and at work with issued subpoenas seeking documents and testimony in the case.

* Senate Left in Pro Forma Session
The Republican Leadership left the US Senate in "pro forma session" or in official working status, for its August "recess." The procedural roadblock prevents the President from making any recess appointments while Congress is gone (like a new Special Counsel). 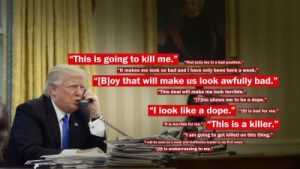 Prepare to Testify: Acting Director of FBI Andrew McCabe informed senior managers they may have to testify before the grand jury.  DOJ Employees have been told to preserve all related records.

White House Tapes:  Leaked tapes of embarrassing conversations in January between Trump and the President of Mexico and Trump and the Australian Prime Minister where an angry Trump rails about political optics. The leaks came from within Trump's own White House.

Response
Trump, in a campaign-style speech to a crowd in West Virginia yesterday, called the Russia investigation "a total fabrication... they are trying to cheat you out of the leadership you want."  The "they," however, are his own administration.

Mueller, who served as FBI Director from 2001 to 2013, was appointed as Special Counsel by Deputy Attorney General Rod Rosenstein following Trump's firing of then-FBI Director James Comey - done by his own admission over "the Russia thing."

But it is once again the public statements and baiting by the President himself that have prompted expansion, and now escalation, in the investigation.

In a July 19th interiew with the New York Times, Trump threatened investigators would be crossing a "red line" if they chose to delve into his financial dealings - which are purported to be a focus of the widening investigation. 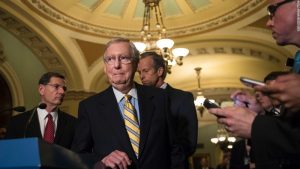 Under the order establishing the Special Counsel, Mueller is authorized to investigate any matters that "arose or may arise directly from the investigation."

What Next?
Is the first concrete step in the path to the end of a Presidency?

The key may not be in watching the Special Counsel but the Republicans in Congress - who appear to have begun their own efforts to save their seats in 2018.

January 16, 2023 Today honors the memory of legendary civil rights leader Dr. Martin Luther King, Jr. One of history’s most significant visionaries and voices, he was struck down by an...