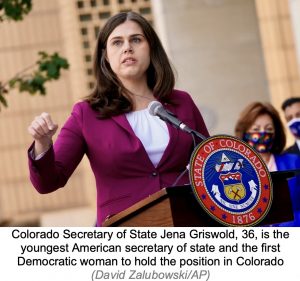 Governor Jared Polis will face challenger Heidi Ganahl, a businesswoman and member of the University of Colorado Board of Regents. Ganahi defeated Greg Lopez 53.8% to 46.2% in the GOP primary.

CO-08: In the new, competitive district (Colorado picked up one seat in redistricting), State Representative Yadira Caraveo (D) will go head-to-head with State Senator Barbara Kirkmeyer, who won the four-way GOP primary with 39%. 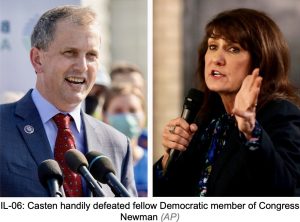 Democratic Governor J.B. Pritzker will be challenged by far-right candidate State Senator Darren Bailey, who won the Republican nomination with 57.7%. 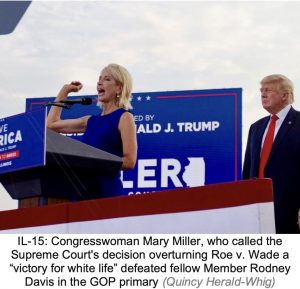 IL-17: In the highly competitive seat being vacated by Congresswoman Cheri Bustos (D), former meteorologist Eric Sorensen beat five other Democrats to take the nomination with 37.9%. He will face Republican Esther Joy King, who narrowly lost to Bustos in 2020.

She will face four-term Congressman Lee Zeldin, who won the GOP nomination with 43.9% against three other competitors, including Andrew Giuliani, son of disgraced former New York City Mayor Rudy Giuliani, who came in second with 22.8%.

Lt. Governor Antonio Delgado (D) easily won the Democratic nomination with 61.6% of the vote. He will be challenged by Republican nominee Alison Esposito. 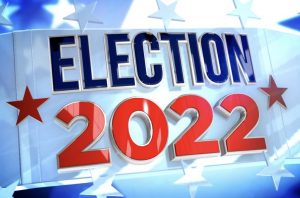 The two are vying for the seat being vacated by retiring Senator Jim Inhofe. The winner of the special general election in November will hold the seat until January 2027, the end of Inhofe’s current term. Former Congresswoman Kendra Horn is the Democratic nominee.

In the regularly scheduled US Senate election, incumbent Republican Senator James Lankford fended off two primary challengers with 67.8% of the vote. Madison Horn (37.2%) and Jason Bollinger (16.8%) advance to the primary runoff for the Democratic nomination. 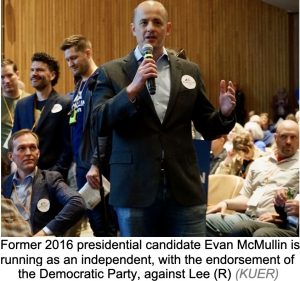 OK-02: In the open seat being vacated by Mullin, State Rep Avery Frix (14.7%) and former State Senator Josh Brecheen (13.8%) are advancing from a field of 14 candidates to the primary runoff. The winner will face business development executive Naomi Andrews in November.

UTAH
Incumbent Republican Senator Mike Lee defeated two primary challengers with 62.3% of the vote. This will be the first Senate election in Utah’s history where there is no Democratic nominee, as the Utah Democratic Party chose to endorse Evan McMullin, an independent candidate.

UT-01: Republican Congressman Blake Moore won his primary with 58.7% and will face Democrat Rick Jones in the general election. 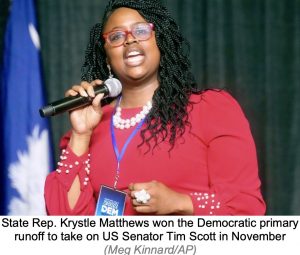 MS-04: Republican Congressman Steven Palazzo, who is facing an ethics investigation, lost his seat in the runoff to police officer Mike Ezell, 53.7% to 46.3%. Johnny DuPree is the democratic nominee.

South Carolina
US Senate: State Representative Krystle Matthews defeated Catherine Bruce 55.8% to 44.2% in the Democratic primary runoff to take on Republican US Senator Tim Scott in the general election.

Nebraska
Special Congressional Election: Republican Mike Flood won the special election to fill the seat vacated by former GOP Congressman Jeff Fortenberry, who resigned in March after being was convicted on charges of lying to investigators about an illegal campaign donation. Flood defeated Democrat Patty Pansing Brooks, 53.2% to 46.8%.