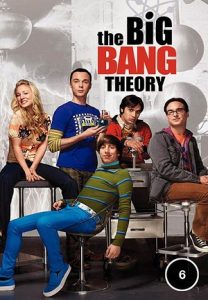 It turns out there are some areas where Democrats and Republicans shar e common interests.

Sunday's Meet The Press featured a rundown on television shows that are most popular among the political parties, and the preferences for top entertainment shows are remarkably similar.

The ratings were gathered through consumer surveys by Simmons Research from the 2017 television season.

The shows that breach the divide?  Big Bang Theory, America's Got Talent, 60 Minutes and NCIS.  HGTV's "how to" shows also scored big with Fixer Upper, Property Brothers and House Hunters showing up in the top ten for both.

When the research was broken down by index, or most likely to watch, Democrats trended toward shows that feature African-Americans and related issues, as well as political satire.  Those highlighted included Empire, Black-ish, Last Week Tonight with John Oliver, VEEP, and Saturday Night NBA Basketball.

By contrast, Last Man Standing, about a conservative store worker whose values are challenged, was at the top of the Republican index, along with shows like Antique Road Show, Survivor, and College Football.

Just a snapshot of cable and network television viewing habits, but shows there is at least a few hours of the week where we may agree!

April 7, 2021 It has now been over a year that Americans have been living under the devastating cloud of the coronavirus pandemic. When Donald Trump finally proclaimed a national emergency on...