Last week the Trump administration announced plans to allow new oil and gas drilling in nearly all of our nation's coastal waters.

The White House cited the move as one of "energy independence" and a means of bringing additional revenue to our country, despite the fact that the United States already produces 91% of the energy it uses.

The decision is a major boon to the oil-industry and gives energy corporations access to offshore leases in more than a billion acres in the Arctic and along the Eastern Seaboard, and in the Pacific waters off California, which has been prohibited for close to 50 years. 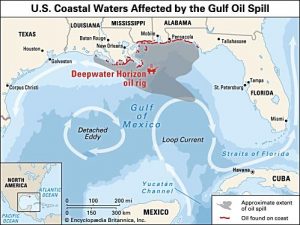 It also rolls back offshore safety regulations and a ban on drilling imposed by President Obama, including a number of prohibitions implemented following the 2010 Deepwater Horizon spill that killed 11 people and spilled over 100 million gallons of oil into the Gulf of Mexico.

The decision drew immediate opposition from over 60 environmental groups which, in a joint statement, said "The Trump Administration's plan to unleash the dangers of drilling offshore is a major, unacceptable risk to hundreds of local communities, their coastal economies and marine life."

Just days later, however, following a visit from US Interior Secretary Ryan Zinke to Florida, the administration decided to exempt the sunshine state from the new drilling policy. 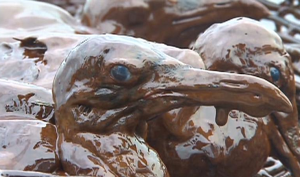 Referring to Republican Governor Rick Scott, who is expected to challenge incumbent US Senator Bill Nelson (D) next year, Secretary Zinke said he supports "the governor's position that Florida is unique and its coasts are heavily reliant on tourism as an economic driver."

Although it is unclear what separates Florida from the other coastal states in this way, the comparative protection now given to the state is expected to provide a win for Scott in the eyes of the voting public.  Florida, of course, is also home to Mar-a-Lago, Trump's "Winter White House."

Like September's decision to open up development of public monument lands, coastal drilling is another in a long line of decisions that are part of the administration's campaign to reduce environmental restrictions in favor of corporate interests.

The plan will be implemented over a five year period and, as with other Trump policy directives, is expected to draw considerable legal opposition in the interim.