Today, in one of the most anticipated rulings of the 2019-2020 term, the Supreme Court of the United States (SCOTUS) blocked the Trump Administration's attempt to end the Deferred Action for Childhood Arrivals program, ruling the "total rescission" of DACA "arbitrary and capricious." 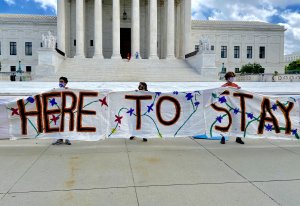 DACA is an Obama-era initiative that allowed more than 700,000 undocumented immigrants, known as "Dreamers," and brought to the United States as children, to live and work in the country without fear of deportation.

SCOTUS' ruling is the culmination of a series of brutal legal and legislative battles that have entangled Congress, the Administration, and the fate of hundreds of thousands, since Trump took office.

The landmark decision is also another major defeat for the Trump Sdministration, following Monday's decision in Bostock v. Clayton County, Georgia, which ruled that Title VII of the Civil Rights Act of 1964 includes workplace protections for gay, lesbian and transgender people.

As in Bostock, conservative Chief Justice John Roberts sided with the four liberals on the bench in the 5-4 decision, which held that the government failed to give an adequate justification for ending the federal program. 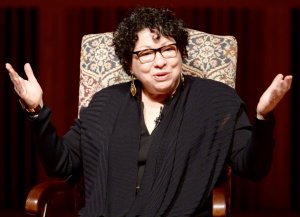 The Justices, however, did not rule on the underlying question of whether DACA itself is legal.

In the majority opinion, Roberts noted, "We do not decide whether DACA or its rescission are sound policies...'The wisdom' of those decisions 'is none of our concern.' We address only whether the agency complied with the procedural requirement that it provide a reasoned explanation for its action."

Accordingly, the high court ruled that the Trump Administration could attempt again to rescind the program, but it would have to provide a better explanation, grounded in policy, for its reason for termination.

Justice Sonia Sotomayor, in a separate opinion on Thursday, criticized her fellow justices for not taking it further by finding that Trump's well-documented comments against immigrants were "an animating force behind the rescission of DACA," therefore violating their equal protections under the US Constitution. 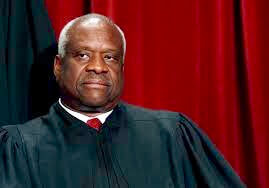 In his dissenting opinion, conservative Justice Clarence Thomas called the ruling a 'timid' effort to avoid a 'controversial' decision" (CBSNews)

"[T]he plurality dismisses the statements that President Trump made both before and after he assumed office," Sotomayor wrote, including "Trump's declarations that Mexican immigrants are 'people that have lots of problems,' 'the bad ones,' and 'criminals, drug dealers, [and] rapists,'" comparing them to "animals."

Although immigration reform was a centerpiece of Trump's campaign platform, his inhumane detention and caging of children and families at the US border, including those attempting to flee violence in their native countries, have been met with extreme backlash.

Public support for DACA has continued to rise, making it unlikely that Trump will pursue further action this close to the presidential election.

In June of last year, the US House of Representatives passed H.R. 6, the American Dream and Promise Act, which would prohibit removal proceedings against certain immigrants and provide them with a path to permanent resident status. The bill, however, has been held up in the Republican-controlled US Senate.

In a call this afternoon with the Democratic political leaders, Texas Congressman Filemon Vela, who represents parts of 11 counties on the US-Mexico border, said "our pathway to making this permanent, our pathway to comprehensive immigration reform... is all about winning the Senate and taking the presidency." 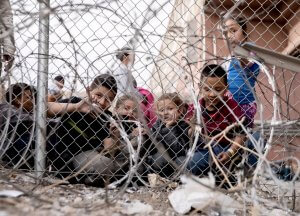 DNC Chair Tom Perez concurred. "Make no mistake about it, (the DACA decision) is a huge victory, but it is a temporary victory. The future depends 100% on the outcome of the November election ...The stakes of this election could not be higher."

DACA Bells for Justice: On June 22nd, at 12:00 noon your time, ring a church or hand bell for seven minutes -- representing one minute for each 100,000 thousand Dreamers.
Related
DemDaily: On The Basis of Sex 6/15/20
DemDaily: SCOTUS: Decisions on the Docket 6/12/20
DemDaily: SCOTUS Sidesteps Second Amendment 4/30/20