In the roller coaster of rulings on the plight of Dreamers, a federal court has ruled against the Trump Administration's decision to terminate the program known as Deferred Action for Childhood Arrivals (DACA).

The ruling is the latest in a series of legal and legislative battles that have entangled Congress, the Administration, and the fate of approximately 800,000 children known as "Dreamers" since Trump took office.

The very brutal public battle, which is still not over in court or in Congress, may also decide the fate of many lawmakers, of both parties, in November. 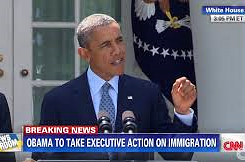 Obama announces it is not the path to citizenship proposed under the congressional DREAM Act (Development, Relief, and Education for Alien Minors), but protects Dreamers' immigration status until Congress can pass such legisation. Lawmakers have been trying to get a DREAM Act passed since 2001.

August 31, 2016
During his presidential campaign, Donald Trump promises to "immediately terminate" DACA as a part of his 10-point immigration plan, claiming it provided amnesty to millions of "illegal" immigrants.

September 5, 2017
Attorney General Jeff Sessions announces the administration is rescinding DACA, calling it "an unconstitutional circumvention of immigration laws," and an "overreach" of executive power by Obama.

The program would be phased out over six months, ending the legal status for DACA participants as of March 5, 2018.  Sessions also noted it provided "a time period for Congress to act - should it so choose." 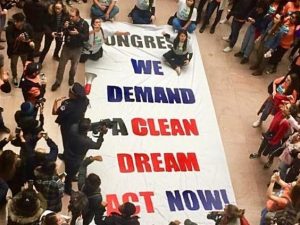 September 6, 2017: Coalition of 15 states and DC file a federal lawsuit, New York v. Trump, in the Eastern District of New York, alleging the administration's actions violate due process and are designed "to punish and disparage people with Mexican roots," citing 78% of DACA recipients as having been born in Mexico.

A few days later, California Attorney General Xavier Becerra files a separate lawsuit, which was joined by the states of Maine, Minnesota, and Maryland.

January 9, 2018
The US District Court for the Northern District of California orders the Department of Homeland Security (DHS), which administers DACA, to maintain the DACA program nationwide, on the same terms and conditions that were in effect before the September rescission.

Trump and lawmakers met earlier in the day, in a televised meeting, to strike a legislative resolution to DACA, but after his subsequent comments calling dreamers "people from sh--hole countries" are reported, Trump backtracks on his commitment.

January 16, 2018
The US Justice Department appeals to the 9th US Circuit Court of Appeals and to the US Supreme Court to review the federal judge's order that the administration resume accepting DACA renewal applications. 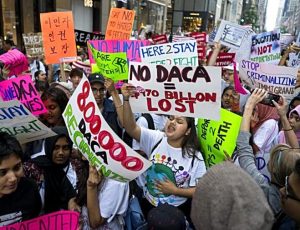 January 20, 2018
The fate of DACA and the Dreamers becomes the empasse in the budget negotiations and the pending government shutdown.  With no resolution, the government shuts down for the first time since 2013.

Two days later, Democrats acquiese to a continuing funding resolution through February 8th -- after assurances by Senate Majority Leader Mitch McConnell and Republican leadership that a vote on DACA, with or without the President's support, would be brought to the floor before March 5thwhen participants lose their legal status.

February 13, 2018
The US District Court for the Eastern District of New York grants a preliminary injunction ordering the federal government to fully restore the DACA program, including accepting brand new applicants as well as renewals.

Judge Nicholas Garaufis went further to rule that DACA was neither unconstitutional nor in violation of the Administrative Procedure Act (APA) nor the Immigration and Naturalization Act (INA).

February 26, 2018
The US Supreme Court declines to hear the Trump administration's request to review the lower court order and defers to the Ninth Circuit to review the ruling. 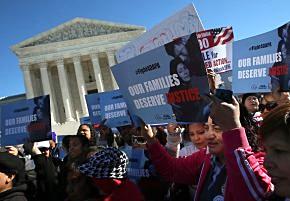 Their decision gives Congress a reprieve on the March 5thdeadline and House Speaker Paul Ryan indicates that there was less urgency to address the program immediately.

April 24, 2018
The US District Court for the District of Columbia rules the termination of DACA was unlawful and that the Trump administration must resume accepting new applications.

In a 60-page decision, Judge John D. Bates of Federal District Court for the District of Columbia found the administration's process "arbitrary and capricious," and the decision "particularly egregious" since it affects the lives of hundreds of thousands of recipients who came to the United States as undocumented children, and rely on the program's legal protections.

The ruling, however, will not be implemented immediately. Bates, who chastised the government's "meager legal reasoning" to support its decision, gave the administration 90 days to challenge the decision and produce a stronger legal argument for why the program should be cancelled.