Tonight Joe Biden and Donald Trump will face off in the second and last presidential debate of the 2020 election, which is now just 12 days away.

Although 40 million Americans have already cast their ballots early, the highly anticipated event is still expected to draw a wide audience -- as the President attempts to close the polling gap between himself and the former Vice President, who leads Trump by an average of 8% in national polls.

Format
NBC's Kristen Welker will moderate the debate, which will be 90 minutes long and have no commercial breaks. 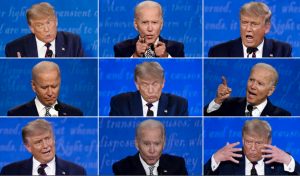 Each candidate will have two minutes to respond to the opening question in each segment.

On Monday, The Commission on Presidential Debates (CPD) announced that, in light of the events of the first debate, "which fell short of expectations," that "it is appropriate to adopt measures intended to promote adherence to agreed-upon rules."

In the interest of civility and "to ensure that the candidates will be respectful of each other's time," CPD will silence the microphone of the candidate who is not speaking during the opening of each two-minute segment. 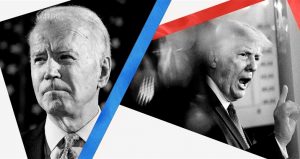 After each candidate has two minutes, there will be an open discussion where both microphones will be on.

During the first debate, attendees were asked to wear masks, but members of the Trump family took off their masks after arriving, prompting widespread criticism, including from moderator Chris Wallace of Fox News. Under the new rules, any audience member without a mask will be asked to leave.

SignUp for the Daily updates on the issues, the politics and the players.
Follow on Facebook, Twitter and LinkedIn
Check out the DemList Election Calendar for Biden-Harris events