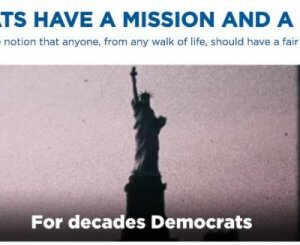 Some 400+ DNC members from across the country and Democrats abroad will gather downtown at the Marriott Marquis for three days of caucus, council, and committee meetings, as well as training sessions. The caucus meetings and  Saturday's general session will be open to the press and the public.

The Winter meeting will will kick off with the IWillVote Gala on Wednesday night, February 13th. 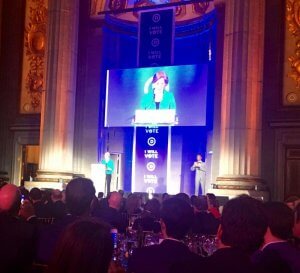 The event celebrates the DNC's IWillVote program, launched in 2018, as an online and on-the-ground organizing initiative to commit 50 million Democratic voters.

As with last year's event, the IWillVote Gala of 2019 will draw a mix of activists, allies, and supporters for what is expected to be a high-energy eve featuring entertainment and high-profile (presidential?) speakers.

DemList will keep you informed on dates and developments on the DNC Meeting Schedule and the IWILL Vote Gala.