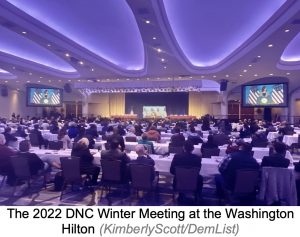 An energized Democratic National Committee (DNC) met in Washington, DC last week for its first in-person meeting in two years in what felt like a homecoming and, at times, convention-like atmosphere.

The National Party's bi-annual meeting was headlined by visits from President Joe Biden and Vice President Kamala Harris before a reinvigorated audience of over 1,000 national committee members, state party leaders, donors, press and guests at the Washington Hilton.

The meeting comes on the heels of Biden's first State of the Union address and the most consequential two weeks of his tenure amid an escalating international crisis. 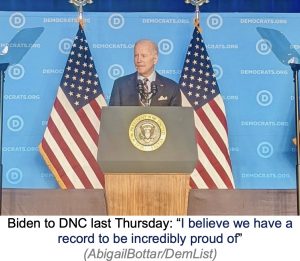 Biden, who addressed the DNC Thursday evening, effectively roused a devoted audience frustrated with the public's lack of credit given to his leadership in a historically challenging first year in office.

The American Rescue Plan Act, the 215 million fully vaccinated Americans, record economic and job growth, a nearly 50% reduction in child poverty and a historic investment in manufacturing and physical infrastructure were among the accomplishments that brought Democrats to their feet multiple times.

Party Business
The official agenda was largely without controversy, reflecting the standard party business of resolutions, reports, council meetings and caucuses. The internal debate over the presidential calendar, however, has begun.

Potential disruptions to the traditional calendar were part of the sometimes contentious debate at Friday's Rules and Bylaws Committee meeting, casting doubt as to the future of Iowa's coveted "first in the nation" caucus status. 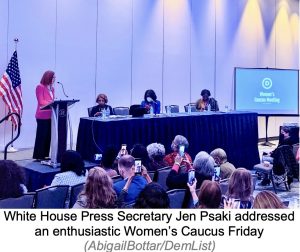 Under current DNC rules, no state can hold a presidential primary or caucus before the first Tuesday in March. Iowa, however, is the first of four states, along with New Hampshire, Nevada and South Carolina, that are exempted and allowed to hold their contests in early primaries, as representative states of each region of the country.

Although no decisions were made at this meeting, a draft DNC staff memo obtained by the Des Moines Register laid out a scenario whereby all states would need to reapply for their place in the nominating order, with preference awarded to battleground states and those with diverse electorates “including ethnic, geographic (and) union representation.”

While not eliminating caucuses, the proposal would also favor states that conduct a primary, the process exercised by 92% of the states, a core consideration. 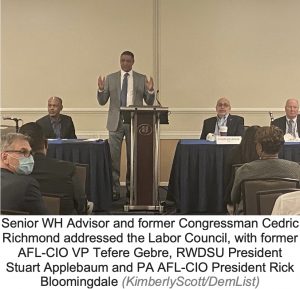 Iowa’s position as the first nominating state, which it has held for five decades, came under greater scrutiny after disastrous logistical failures in counting the 2020 presidential caucus ballots caused a 26-day delay in certifying the results. The midwestern state, which is overwhelmingly white with a mere 6.5% union membership, has also trended Republican, delivering an eight-point victory to Donald Trump over Biden in 2020.

The Rules and Bylaws Committee's proposed calendar is not expected until late summer or fall.

Another document released last week, under the banner of DNC Members for Party Modernization, advocates for a greater share of the national party budget to be channeled directly to the states, more distributed regional representation in the party leadership teams, greater internal oversight of the party budget and other changes to the party’s governing rules.

The group of about 40 DNC members met Friday at the Churchill Hotel in Washington, DC, to organize a new voting bloc of DNC members to "champion change and reforms" to ensure "our Party is strong today, tomorrow, and for the foreseeable future, and reflective of our American Democracy." Organizers told the Washington Post that their efforts are not meant to show a lack of support for President Biden or party Chair Jaime Harrison. 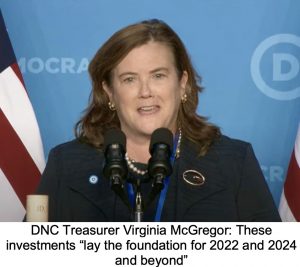 In a statement, the DNC said, “The DNC, led by Chair Harrison, has been more generous to state parties than any previous DNC in modern history. The DNC announced $23 million in direct investments last year to support all 57 state parties and territories, including a first-of-its-kind Red State Fund to build targeted programs in traditionally Republican states. Our state parties remain one of several critical priorities to the DNC."

Follow The Money
In addition to the investments in the states, DNC Treasurer Virginia McGregor reported on major new investments in grassroots infrastructure, voter registration and electoral programs and a $20 million investment in data, infrastructure and tools for effective and secure voter and volunteer outreach to help Democratic candidates. The 2022 budget is double that of 2020. 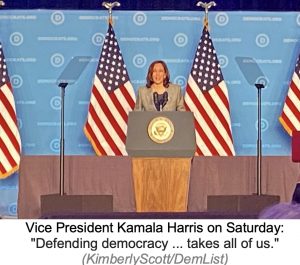 DNC Finance Chair Chris Korge reported that in 2021 the DNC raised $154 million, more than two and a half times the amount the past two years a Democrat was elected president. That includes over one million donors, the most ever in an off-year election, and 310,000 new donors, the most in an off-year since 1995. 61% of the donors were women, and "teacher" was the number one reported occupation. 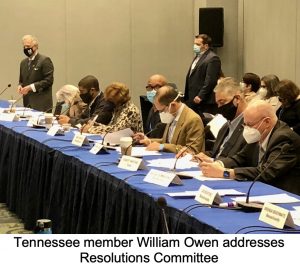 Resolutions
Resolutions were passed on an array of Democratic priorities and issues, from praising President Biden’s leadership of the country's economic recovery, for standing in solidarity with our allies and Ukrainians in the face of Russian aggression, and for his nomination of Judge Ketanji Brown Jackson to the US Supreme Court, to condemning anti-Asian hate and the Republican National Committee’s defense of the January 6 insurrectionists. 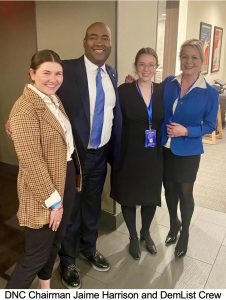 Related: DemDaily: Your Guide to the Democratic National Committee 3/9/22