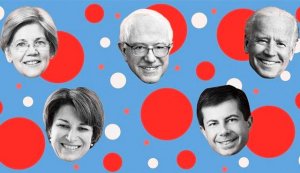 While the presidential contenders campaigned in early primary states over the holidays, the Democratic National Committee (DNC) released the details of this month's debate and the schedule for the rest of the presidential year.

The January 14th debate is the seventh of twelve sanctioned by the DNC over the 2020 election cycle. In order to demonstrate broad-based support, the DNC has imposed both polling and fundraising qualifications for each debate, with rising thresholds as they progress.

This month's debate will be held in Des Moines, Iowa, 20 days before the February 3rd Iowa Caucus. 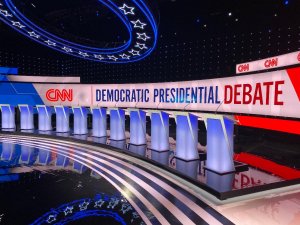 January 14th Debate will be the first without a candidate of color on stage (pic: DemList/Scott)

This month's debate may also land in the middle of the pending US Senate impeachment trial of President Donald Trump.

The US House of Representatives, on December 18th, passed two articles of impeachment against Trump for abuse of power and obstruction of Congress. It now falls on the US Senate to vote on a possible conviction and removal from office.

Five presidential contenders serve in the US Senate, three of whom have qualified for the debate. All would serve as jurors in the trial, and DNC Chairman Tom Perez has said the Party is prepared to reschedule the debate if it conflicts with the trial.

DemList will, once again, host the Democratic Convention Calendar -- free for all to post and promote their events. Help us launch the calendar by the end of January. Please contribute today.