Last Friday the Democratic National Committee announced it is scrapping plans to offer a virtual voting option for the party's 2020 Iowa and Nevada presidential caucuses, underscoring the ongoing and severe security threat to our nation's voting process. 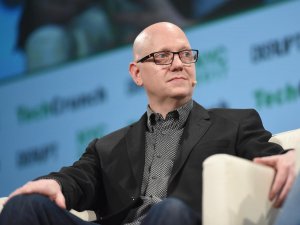 DNC's Lord: "there is no tele-caucus system available that is sufficiently secure and reliable" (Noam Galai/Getty)

The delegate selection plans, determined by the caucus process in Iowa and Nevada, would have allowed registered Democrats to participate via internet and telephone balloting.

The plan would expand access to seniors, the handicapped and others hindered by the normal requirement of being physically present at one of the state's roughly 1,680 precinct sites and caucus meetings.

Unlike presidential primaries, which are run by state & local governments with votes cast by ballots at polling places, caucuses are private events run by the political parties themselves, and involve rounds of voting. Each state determines its own process, and/or a mix of both. 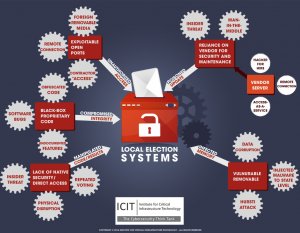 In August of last year, the DNC members approved a list of new requirements, established by the party's Unity Reform Commission, for caucus states' delegate selection plans. These included absentee voting, recount provisions and other mechanisms to make the process more open and accessible.

State parties received the delegate selection plan guidancein December of 2018, with a May 1st deadline for submitting state-specific plans to the Rules and By-Laws Committee.

In their recommendations that virtual caucus systems not be used, the DNC security team cited "the current cybersecurity climate and our evaluation of the active threats to the integrity of the U.S. election -- including the recent U.S. Senate Intelligence Committee report on Russian interference against our election infrastructure." 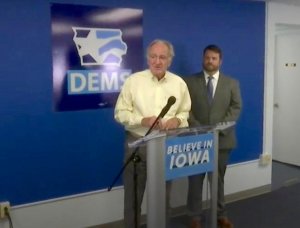 They also pointed to the lack of action by the Trump administration and Republican leadership in responding to the cyber security crisis.

While the DNC stated "we applaud their innovative work," it nevertheless means Iowa and Nevada have to retool new plans by a September 13th deadline.

In order for Iowa to maintain its "first-in-the-nation" caucus status, it must maintain the caucus infrastructure without turning to a primary process. New Hampshire, under its state law, is guaranteed the right to the first-in-the-nation primary, scheduled for February 11th.

Hillary Clinton and Bernie Sanders will square off in their sixth Democratic presidential debate tonight in the battleground state of Wisconsin. Following Clinton’s 49.9%-49.6% Iowa...