The Democratic National Committee has advanced a dramatic new proposal for the 2024 Democratic presidential primary calendar, which would upend Iowa's coveted "first in the nation" nominating status, held for five decades. 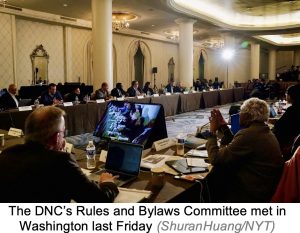 The DNC's Rules and Bylaws Committee, which met last Friday in Washington, DC, voted to recommend a new primary calendar for 2024 that would begin in South Carolina on February 3, followed by New Hampshire and Nevada on February 6, Georgia on February 13 and then Michigan on February 27.

The vote reflects a new review process, established in April, in which all states needed to reapply for their place in the nominating order. The criteria was based on a framework that gives preference to battleground states and those with diverse electorates, including ethnic, geographic and union representation.

President Joe Biden sent a letter to committee members Thursday in advance of the meeting, outlining his vision for the early primary process.

“Just like my Administration, the Democratic Party has worked hard to reflect the diversity of America - but our nominating process does not. For fifty years, the first month of our presidential nominating process has been a treasured part of our democratic process, but it is time to update the process for the 21st century. I am committed to working with the DNC to get this done,” Biden wrote.

Iowa's regional representation in the nominating process has received great scrutiny. The state awarded Donald Trump an eight-point victory over Biden in 2020 -- and amid a technical tabulation debacle that delayed the election results. The Hawkeye State also boasts an 89% white population and a mere 6.5% union membership. 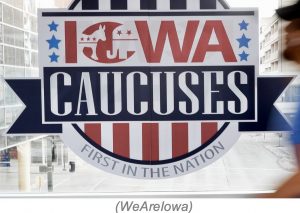 "Our party should no longer allow caucuses as part of our nominating process. We are a party dedicated to ensuring participation by all voters and for removing barriers to political participation. Caucuses - requiring voters to choose in public, to spend significant amounts of time to caucus, disadvantaging hourly workers... are inherently anti-participatory. It should be our party's goal to rid the nominating process of restrictive, anti-worker caucuses."

While not eliminating caucuses, the proposal favors states that conduct a primary a core consideration. 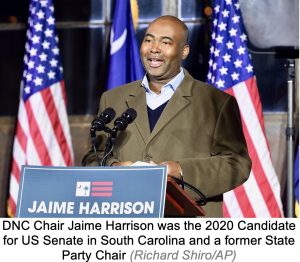 The DNC previously voted to increase penalty power over states that jump ahead in line, and gave the Chair authority to strip delegates, debate access and data access from candidates who campaign in unsanctioned states.

DNC Chair Jaime Harrison (SC) called the proposed schedule “a more equitable and accessible nomination process that puts our candidates in the best position to win.”

To ensure that the calendar "continues to reflect the values and diversity of our party and our country,” Biden suggested a review of the order every four years.

The Rules Committee's proposal, however, is not assured. The named early states must overcome their own challenges, including New Hampshire where the state constitution mandates that they hold the country's first primary. The states have until January 5 to confirm that they can hold a primary on their assigned date.

Ultimately the recommendation must be affirmed by the full DNC, which is scheduled to meet February 2=4, 2023 in Philadelphia, Pennsylvania.