The Democratic National Committee closed out its Winter Meeting Saturday, the first collective of its 400+ members from every state, the territories and abroad since Democrats re-took control the US House and returned Nancy Pelosi to the Speakership. 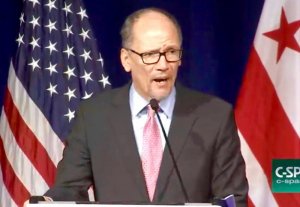 Over three days of meetings, reports and resolutions at the Marriott Marquis in Washington, D.C., DNC members and leadership met to celebrate the 2018 midterms and discuss the party's platform and rules, including new requirements for the 2020 presidential debates.

Fired Up
In between attacks on President Trump, Perez, in typical inexhaustive fashion, called out the successes of Democrats across the country, while thanking partners like labor.

He highlighted the party's victories, from flipping 40 seats in the US House to almost 400 in statehouses in 2018, the takeover of eight new Legislative Majorities and the fact that the majority of Attorneys General are now Democrats.

He pointed to the record amount of money raised in 2018, including $100+ million in grassroots fundraising at an average donation of $37, and that 47% of online donors in this last cycle gave for the first time.

"100 years after gettting the right to vote, we have the largest female representation in the history of the House of Representatives, thanks to the Democrats." DNC Chair Tom Perez

Perez also hailed the DNC's unprecedented investment in state parties, its successful outreach to over 60 milion targeted voters, and its most recent overhaul of the party's tech and data infrastructure.

Be It Resolved
In addition to resolutions condemning Trump for the government shutdown, and calling for an investigation of the still-undecided 2018 North Carolina Ninth Congressional District election, the committee adopted a call to contenders for the 2020 presidential nomination "to run positive, substantive campaigns, focused on the issues that matter most to working families." 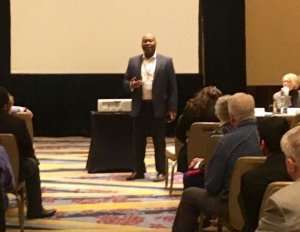 The only hint of a future debate lay in a resolution to defer to the convention platform committee the question of the role that corporate pac money plays in party fundraising.

Presidential Debates: Earlier in the week, the DNC announced that NBC, MSNBC and Telemundo will host the first Democratic presidential primary debates in June, 2019 and CNN will host the second debate in July. Both will be in primetime on weekday nights, and, potentially, over two nights, depending on the number of candidates who qualify.

To Qualify for the debate stage, primary candidates must meet a 1% polling threshold in at least three reputable polls, as before, but now a grassroots fundraising threshold has been added to the equation. A candidate must receive donations from 65,000 unique donors, with at least 200 unique donors per state in a minimum of 20 states.

At least 11 major Democratic candidates have announced their intention to run, with more expected to join the field. 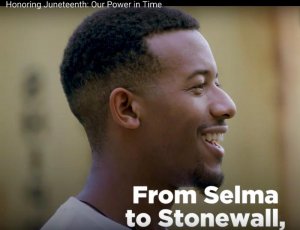 2020 Convention
The location of the Democratic Convention, scheduled for July 13-16, 2020, will be announced by the end of this month.  The final three cities are Houston, Miami or, the rumored favorite, Milwaukee.

The Republican Convention will be held August 23-27, 2020 in Charlotte, North Carolina.

DemList will keep you informed.
Related

The election for DNC Chair & Officers will take place at the DNC Winter Meeting February 23-26 in Atlanta, Georgia and the team we choose will have to lead a constituency far greater than...