The final day of the Democratic National Committee meeting in San Francisco, stretched an hour late into the afternoon as members debated the issue that dominated the three-day event -- a DNC-sponsored climate change debate. 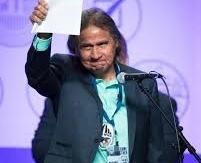 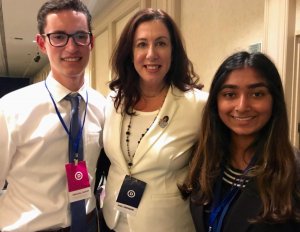 The focal point of the energy, however, was unquestionably the heated debate surrounding the resolution for a DNC-sponsored climate debate, and the language of a resolution advocating a "forum" vs "debate" which passed on Thursday in the Resolutions Committee.

Members of the Sunrise Movement, who were ever-present and very vocal throughout the DNC Meeting and process, chanted "Failure of Leadership" when the decision to table the re-examination of the resolution was defeated by 222 votes to 137.

Opponents pointed to the focus of other issues like poverty and gun control that they felt deserved equal attention if the DNC was to sponsor a "one-issue" debate. 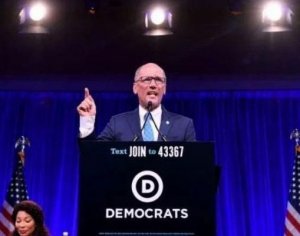 Party leadership, including DNC chair Tom Perez, have opposed the idea, insisting it would be unfair to elevate one issue over others.

They also point to upcoming presidential forums in September on the topic hosted by CNN and MSNBC, which will feature the candidates speaking individually on the topic.

The DNC will next meet at the close of the 2020 Democratic Convention, July 13th-16th.

In the interim, DemList will keep you informed.

Ballot initiatives have become an integral part of the electoral process