In Trump v Hawaii, the high court held 5-4 that Trump "was squarely within the scope of his Presidential authority" when he instituted a ban against individuals traveling from several predominantly Muslim countries.

The decision essentially grants Trump broad power as Commander in Chief to exempt immigration and national security policy from the protections afforded individuals under the Bill of Rights. 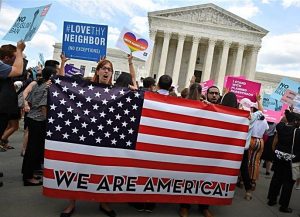 The controversial "travel ban," first issued just one week after Trump's inauguration, and without coordination or warning to any of the enforcing government agencies, caused unprecedented chaos and protests in airports and cities nationwide - and worldwide condemnation since.

An onslaught of legal suits ensued and, on February 9th, the US Court of Appeals for the Ninth Circuit issued a nationwide injunction freezing implementation of the ban, ruling it violated the First Amendment's protections against discrimination based on religion.

Hawaii filed an immediate injunction seeking a temporary restraining order, which was granted by a US District Court Judge and, in a companion case, the ban was upheld by the US Court of Appeals for the Fourth Circuit on May 25th.

The Trump Administration appealed to the US Supreme Court which, on June 26th, issued a temporary ruling, lifting part of the lower court's injunctions, and allowing a ban on "foreign nationals who lack any bona fide relationship with a person or entity in the United States."

On December 4th, SCOTUS issued a temporary decision allowing full enforcement of the ban, and agreed to hear arguments on the policy in April and rule on it before the end of its term this week. 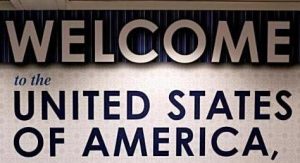 In the interim, Trump further revised the ban to include North Korea and officials from Venezuela in the ban, therefore, according to Justice Roberts, making it a "worldwide review process," and negating the claim of religious discrimination against just muslim countries.

The four dissenting justices compared the decision to Korematsu v. United States, the 1944 ruling in which the Court defered to the power of the executive office to uphold the inhumane policy of interning thousands of Japanese-Americans during World War II.

This will not be the last split decision before the justices adjourn. With Trump's appointment of Neil Gorsuch to the court last April, conservatives have a slim majority among the nine jurists.

Should swing voter Justice Anthony Kennedy retire after this term, as expected, the dismantling of the democratic society envisioned by the Framers of the Constitution has just begun.

The 2016 presidential election continues to set records, including an unprecedented number of primary debates … the current Democrat and Republican DebateSchedule.

January 22, 2018 The US Senate reached a deal this afternoon to end the Government shutdown, voting 81 to 18 to extend, for the fourth time, a temporary funding bill – this one...