If the Trump administration was looking for distraction from the Barr-Mueller controversy, they found it with Tuesday's announcement by Education Secretary Betsy Devos that she was proposing eliminating the full $17.6 million in federal funding to the Special Olympics.

The proposal is part of the Trump administration's planned $8.5 billion, or 12%, in cuts to the Department of Education budget.

Background
The Special Olympics was started in 1962 by Eunice Kennedy Shriver as a day camp called Camp Shriver to provide children with intellectual and physical disabilities the opportunity to participate in organized athletic events. 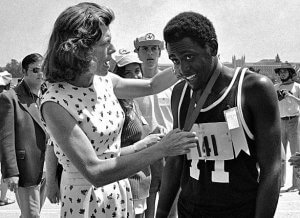 Shriver was then head of the Joseph P. Kennedy, Jr. Foundation, and one of his nine children. She was also a member of President John F. Kennedy's Panel on Mental Retardation. She attributed her motivation to her personal history with her sister Rosemary, who was born with intellectual disabilities.

The effort thrived and today is chaired by Eunice's son, Tim Shriver.

In addition to the Special Olympics, the Trump administration and DeVos are proposing eliminating: 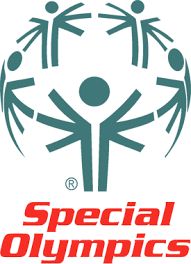 * 30+ programs serving native Hawaiians, Alaskans and low income communities, as well childhood development and gifted and talented programs.
*  $2 Billion for teacher professional development, to be replaced with a voucher program;
*  Federal aide programs including loan forgiveness for people working in the public sector, and, by 50%, funding for work study programs.

Most of these cuts primarily effect minorities, the disabled, students and chidren from poor communities. 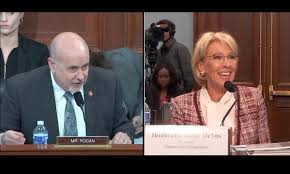 Congress
Despite the ongoing appeals, Congress has repeatedly rejected the Trump administration's request to eliminate funding for Special Olympics and, instead, has increased its appropriations, from $12.6 million in 2017 to $15.1 million in 2018 to $17.6 million this year.

In a hearing Tuesday before the House Appropriations Committee, Congressman Mark Pocan (D-WI) asked DeVox, "Do you know how many kids are going to be affected by that cut?"  The education secretary said she didn't know. 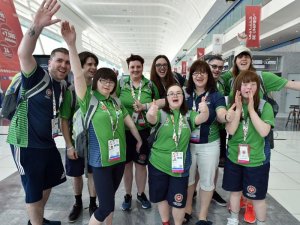 Just days after her confirmation as Secretary of Education, Devos told a group of special olympians that she was a proud supporter. At the same time DeVos announced she would donate her $199,700 salary to four nonprofits, one of which was the Special Olympics.

That has yet to be confirmed.

October 6, 2022 The next five weeks is all about getting out the vote and, in particular, the early vote. 45 states, DC and four territories permit no-excuse early voting in some form, and all...