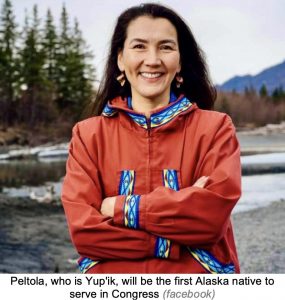 However, Peltola, who will become Alaska’s first indigenous member of Congress, will only serve through January 3, 2023, the remainder of Young's term. She must compete separately on November 8, 2022 for a full term in the next Congress. 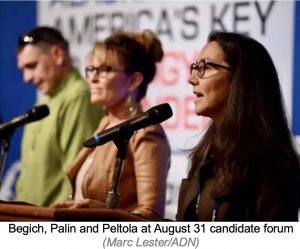 In the August 16 regularly scheduled House Primary Election for the 118th congressional term, Peltola secured 36.8% to Palin's 30.2%, followed by Begich with 26.2%.

In the open primary, the top four candidates, regardless of party, face off in the general election. Former Trump administration official Tara Sweeney, who garnered the fourth slot with 3.8%, has withdrawn from the election.

Begich, a software company entrepreneur who co-chaired Young’s 2020 re-election campaign, bucked his family's long history in Democratic politics to run as a conservative. He has been criticized for running a negative campaign, sparring frequently with Palin.

The special election results, for now, have derailed the political comeback of Palin, who rose to national fame as John McCain's Vice Presidential running mate in 2008. She resigned early from the governor's mansion in 2009 to kickstart a largely failed media career. 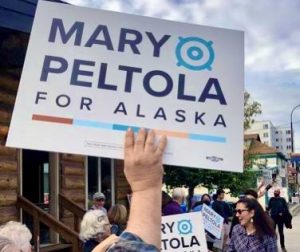 Despite the support of Trump, who handily won the state 53% to 43% over Joe Biden in 2020, and outspending Peltola four-to-one, Palin had only a 31% approval rating among Alaskans going into the election.

By contrast, Peltola ran a positive campaign, advocating for the environment, local issues like the salmon shortage in Western Alaska, and on preserving abortion rights, something both Palin and Begich oppose.

In the wake of the Supreme Court's decision overturning Roe v. Wade, that apparently resonated with Last Frontier State's voters, who historically have an independent streak.