It has been quite a week for Democrats. 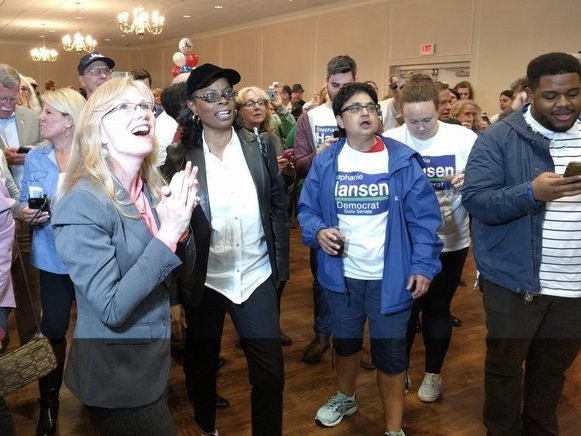 On the same day that DNC Members elected their new leadership, headed by new Chair Tom Perez, they also scored a decisive victory in Delaware that has implications at the local and national level.

The seat, which was vacated due to the inauguration of former State Senator Bethany Hall-Long (D) as Delaware Lieutenant Governor -- was key to maintaining control of the Delaware State Senate.

Democrats control 12 of 50 state legislatures (there are also 6 split legislatures) - which are critical to redistricting.

In the most expensive special election in Delaware's history, Hansen raised funds nationwide, spent over $750,000 and $100 per vote. It also set records for turnout with 31% of the voters in the District - which stretches from Middletown to Newark.

Hansen's race drew 1,000+ volunteers from Delaware and neighboring states, including more than 500 on election day.

Most importantly, Democrats can intepret with confidence the Delaware results as a referendum on Trump and his agenda.

DNC Chair Tom Perez's statement on the victory, "Democrats should celebrate tonight - and Republicans should take note. Americans are raising their voices to tell President Trump and every Republican that their values are not our values. They do not stand for us. The comeback starts tonight."

DemList will, of course, keep you informed.