Tuesday's Primaries -- in Maine, Nevada,  North Dakota, South Carolina and Virginia -- added to the growing class of female candidates chosen by Democratic primary voters, and to those among the GOP ranks who are paying the price for defying the President. 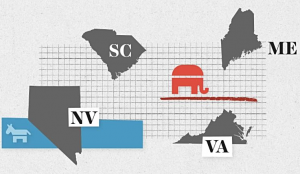 In Virginia, Democrats nominated a woman in all four of their top-targeted US House seats, while in South Carolina Congressman Mark Sanford, who had publicly critized Trump, lost his primary bid.

Highlights: Incumbent US Senator Angus King, who is an Independent but caucuses with the Democrats, will defend his seat against Zak Ringelstein (D) and Republican State Senator Eric Brakey (R).

But as of this morning, with 82% of the vote reported, Golden was just shy of the majority needed to win the Democratic nomination outright.  If final tallies don't give Golden the necessary 50%+1, then Maine's Ranked-Choice Voting, or "instant runoff" rule will be triggered. 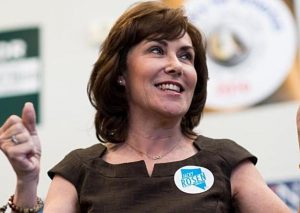 Highlights: First appointed in 2011, and reelected by 1% in 2012, Senator Dean Heller (R) is considered the GOP's most vulnerable incumbent, with a tough general election battle against Congresswoman Jacky Rosen, who breezed to victory in the Democratic primary.

In the 4th Congressional District, Democrat Steven Horsfordwill face a rematch in November against Republican Cresent Hardy, who defeated Horsford in 2014 before being unseated himself in 2016 by Democrat Ruben Kihuen.  Kihuen's decision, following sexual misconduction allegations, not to seek a second-term, paved the way for November's showdown. 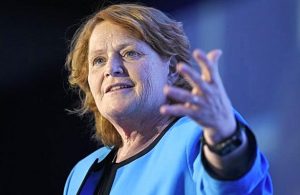 Highlights: Incumbent Democrat Heidi Heitkamp, the first woman elected to represent North Dakota in the US Senate, will face US Congressman Kevin Cramer in what is expected to be one of the toughest reelection campaigns of 2018.

Highlights: The biggest upset was the loss of Republican Congressman Mark Sanford to State Representative Katie Arrington in the First CD.  President Trump came out against Sanford, a former Governor, on election day. Arrington will run against Democrat Joe Cunningham in the general.

VIRGINIA
Seats Up:  US Senate, US House (4D/7R), School Board, Municipal

Side Note
In Wisconsin's 1st District State Senate seat, Democrat Caleb Frostman won the special election to fill a seat held for forty years by the GOP, and one which Trump carried by 18 points. It is the 44th legislative district Dems have flipped since Trump took office.