Debate Download
It is the ninth of 12 official Democratic primary debates scheduled over the 2020 presidential election, with terms set by the Democratic National Committee (DNC). 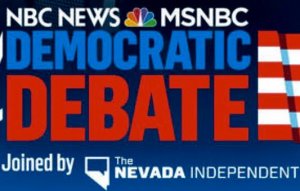 Bloomberg, who is self-funding his campaign, was not eligible for past debates because of the grassroots fundraising requirement. The DNC lifted that qualification, however, for debates moving forward, shifting to a new polling threshold and at least one delegate from the Iowa or New Hampshire primaries.

A late entry to the race, Bloomberg has eschewed the first four primary contests, focusing instead on pouring funds into the March 3rd Super Tuesday primaries when fourteen states, one territory and Democrats Abroad will be holding their contests. Earlier this month he announced plans to double the $300 million he has already spent on television and digital ads.

Though inundated with ads, this will be the first time that the public will see him live, pitted against the other contenders on the stage. His performance could either kill or catapult his current trajectory. 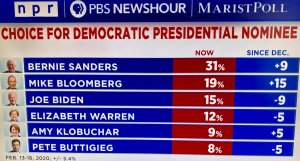 Last week, the DNC released the qualifications for the February 25th debate in South Carolina, which will take place four days ahead of the Palmetto state's February 29th primary. It will be the last debate before Super Tuesday. 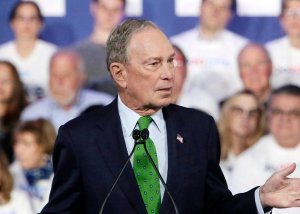