While the coronavirus pandemic has changed the landscape of politics and campaigning, it has not hindered the enthusiasm for grassroots fundraising, with record amounts pouring into some of the country's most contested 2020 senate races.

With almost twice as many seats up, the GOP is facing a number of serious challenges, made worse by the release of first quarter fundraising totals which show Democrats outraising some of their most vulnerable incumbents in the first three months of this year. 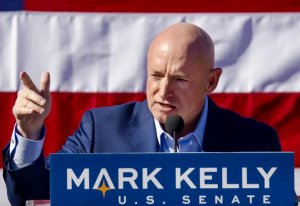 These include top-tear seats in Arizona, Colorado, Kansas, Maine and North Carolina, as well Democratic challengers in Kentucky and South Carolina, where two members of the national GOP leadership are defending their seats.

In the Special Election to fill the remainder of the late John McCain's (R) seat through 2022, interim Republican Senator Martha McSally, appointed by Governor Doug Ducey in 2018, is being challenged by Democrat Mark Kelly. McSally, who first ran unsuccessfully in 2018 against Kyrsten Sinema (D) for the seat vacated by retiring Senator Jeff Flake (R), is a former Congresswoman, US Airforce Colonel and combat veteran.

McSally is being challenged by Mark Kelly, a former astronaut and co-founder of Americans for Responsible Solutions, a nonprofit that advocates "common sense gun laws." His co-founder and wife is former Arizona Congresswoman Gabby Giffords, who served from 2007-2012 when she resigned following serious injury in a shooting. In one of the highest profile Senate races nationally, the total raised by both candidates is now around $49 million.

First-term Republican Cory Gardner is at the top of the GOP's most vulnerable incumbents list. A former US House member, Gardner unseated Democratic incumbent Mark Udall 48.2% to 46.3% to win his Senate seat in 2014, and is one of two Republicans who are now up in states won by Hillary Clinton (D) in 2016. 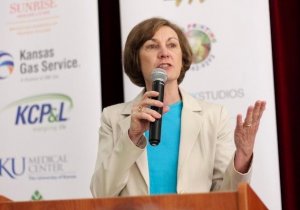 Former Colorado Governor John Hickenlooper, who dropped his presidential bid in August to challenge Gardner, has a significant lead over at least four other contenders for the Democratic nomination, to be decided in the June 30 US Senate primary election.

The state GOP's own internal party turmoil adds to Democrats' advantage as Kobach, the polarizing former Republican Kansas Secretary of State and unsuccessful 2018 gubernatorial nominee, is not the first choice of state or national party leaders. Congressman Roger Marshall (R-1st CD), rumored to be Senator Majority Leader Mitch McConnell's preferred candidate, raised $375,000 for his primary campaign, but is one of seven primary contenders trailing Kobach in the polls.

Bollier, a retired anesthesiologist and former Republican, changed her party affiliation in December of 2018 after retribution from state GOP leaders for her endorsements of Democratic candidates. She has the support of the Democratic Senatorial Campaign Committee (DSCC), former Kansas Governor and Obama HHS Secretary Kathleen Sebelius (D) and Governor Laura Kelly, who defeated Kobach. 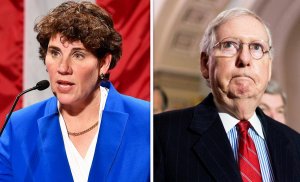 McGrath, who narrowly lost a challenge to 6th CD incumbent Andy Barr (R) in 2018, still needs to overcome a June 23rd primary contest, but in head-to-head polls she is within striking distance of overcoming McConnell, who epitomizes the evils of the Trump administration to national Democrats.

The fact that McGrath outraised McConnell, the most powerful Republican in Congress, by more than $5 million is astounding, compounded by the fact that they both have equal amounts of cash on hand. Their multi-million dollar ad war is expected to break records for campaign totals in Kentucky.

Maine's senior Senator Susan Collins, a Republican who has been elected four times in a state which otherwise has voted Democrat in every presidential since 1992, is among the Senate's most vulnerable incumbents.

Collins has long positioned herself as a moderate, and often pivotal vote on key legislation that borders along party lines. But with control of the Senate in play, and with the backlash to Collins' controversial 2018 vote to confirm Justice Brett Kavanaugh to the US Supreme Court, Democrats are willing to wage a battle to flip the seat to their favor. 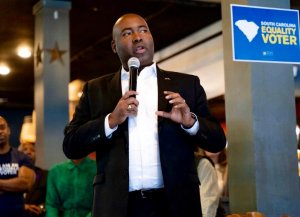 The frontrunner for their nomination is Maine State House Speaker Sara Gideon, who raised three times as much as Collins in the first quarter of 2020, in what is projected to be the most expensive contest in the state's history.

Three-term Senator Lindsey Graham, a close Trump ally and one of the Senate's most visible and vocal members as Chairman of the Senate Judiciary Committee, is facing his most formidable opponent in former state Democratic Party Chair Jaime Harrison.

Harrison, a longtime Democratic operative close to Congressman Jim Clyburn (D-SC), is an attorney, lobbyist and Associate Chairman of the Democratic National Committee with a national fundraising base.

Harrison's haul of $7.4 million from January-March accounts for approximately half of his total amount raised since entering the race last May. Although Graham still has $3.8 million more cash on hand, Harrison's momentum may move the needle on the race ratings. 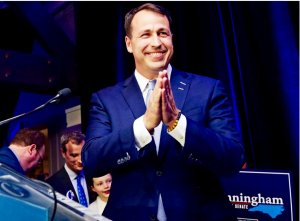 First-term Republican Senator Thom Tillis, who unseated Democratic Senator Kay Hagan in 2014, is high on the endangered list, running neck-and-neck with Democratic challenger Cal Cunningham in polling.  Cunningham, a former State Senator and Army veteran, outraised the freshman Senator by more than $3 million in the first quarter of 2020.

Tillis' unpopularity may be a reflection of the President's increasing lack of popularity in the state Trump won by 4% points in 2016, but is now trending more Democratic.

October 26, 2017 The Democratic National Committee (DNC) held its Fall Meeting in Las Vegas last week, one of two annual meetings that bring together the leadership and elected members of the...

October 27, 2020 At seven days out, it comes down to boots on the ground and the scramble to make sure every vote is guaranteed and counted. In an effort to help connect and inform the family...