On Tuesday, Delaware, Vice President Joe Biden's home state, held the last state primary before the November 3rd presidential election, with a clean sweep by the incumbent Democrats -- and a history- making addition to the State Senate. 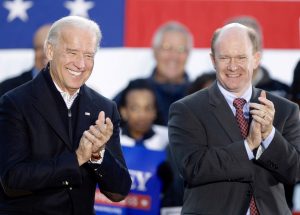 Coons, who is close to the VP, holds the seat Biden held for 36 years (AP/Rob Carr)

Two-term Democratic US Senator Chris Coons cruised to victory in the Democratic Senate Primary with 72.9% over progressive challenger Jessica Scarane, who garnered 21.1%.

In the Republican Senate primary, conservative former pharmaceutical representative-turned recovering addict and activist Lauren Witske, who is running on how to fix the opioid crisis, won the nomination to take on Coons.

In the Governor's race, incumbent Democrat John C. Carney easily fended off a primary challenge by accountant David Williams, 84.8% to 15.2%. 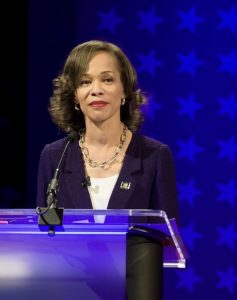 Carney, first elected in 2016 with 58.34% of the vote, is heavily favored in the general election against attorney Julianne Murray, who won Tuesday's Republican primary with 41.2% to State Senator Colin Bonini's 34.6%, followed by four candidates.

Murray, an attorney who had the Delaware GOP's endorsement, is representing her husband in a lawsuit against Carney over his coronavirus restrictions.

Delaware's At-Large Congressional District is represented by Democratic Congresswoman Lisa Blunt Rochester, first elected in 2016 with 55.5%, and reelected in 2018 with 64.5% of the vote.

Blunt will be challenged by former Amtrak manager Lee Murphy who defeated Matthew Morris in the Republican primary, 73.8% to 26.2%. 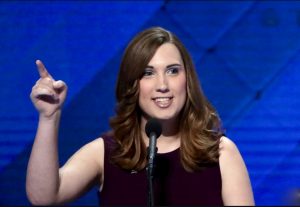 McBride: Soon to be the first Transgender State Senator

McBride, who serves as spokesperson for the Human Rights Campaign's spokesperson, is expected to handily win the general against Republican nominee Steve Washington in the heavily Democratic district, which includes the city of Wilmington.

McBride, who interned at the Obama White House already made history at the 2016 Democratic National Convention by becoming the first transgender person to speak at a major party convention.