The seventh day of the impeachment trial of President Donald J. Trump brought to a close the prosecution and defense phase of the historic trial.

Day Seven
President Trump's attorneys wrapped up their final oral arguments Tuesday at 3pm, concluding their defense after just two hours on the floor, and ending with a plea by lead counsel Pat Cipollone to reject the articles of impeachment. "It is time to end this here and now." 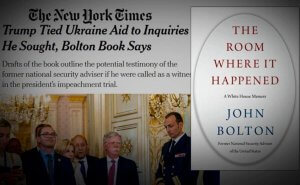 The defense's final day was overshadowed by the release Sunday of transcripts of former National Security Advisor John Bolton's unpublished book that confirm, firsthand, Trump's abuse of his power in the Ukraine scheme.

Included are those with US Attorney General Bill Barr, whom Bolton has known for decades, in which they discussed shared concerns that the President was intervening in Justice Department matters to grant "personal favors" for autocratic leaders in China and Turkey.

The revelations in Bolton's book, titled, "The Room Where It Happened," have increased calls for him and other witnesses to testify, including by some of the moderate Republican members needed to vote in favor of subpoenas.

Immediately following the close of the trial, Senate Majority Leader Mitch McConnell (R-KY) held a closed-door strategy session with fellow GOP Senators, emerging with the acknowledgement that they didn't have the votes at present to block a call for witnesses and avoid a prolonged trial. McConnell had hoped for a speedy trial and acquittal, most significantly before Trump's State of the Union address next Tuesday, February 4th. 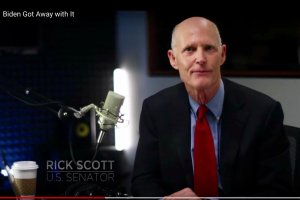 Next week also marks the beginning of the presidential primaries, with the first-in-the-nation Iowa caucus on Monday, February 3rd.

The ad is airing in Iowa ahead of the critical first test of voters for the Democratic candidates.

Scott, an ardent Trump ally, opens the ad by saying as "one of the jurors in the US Senate," he wants to "thank the Democrats for badly botching this impeachment charade, and for spending so much time in a cover up for Joe Biden. The real story here is the corruption Joe Biden got away with."

Next Up
The Question and Answer phase of the trial begins today, Wednesday, January 29th, at 1:00pm ET.