The US Congress has until this Thursday, February 8th, to try again to finalize a budget plan. If they can't come to an agreement, they must either vote to extend a fifth continuing resolution (CR), or once again shutdown the government. 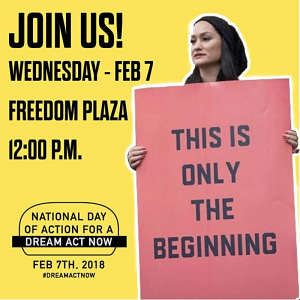 Defending the Dreamers
Democrats had balked on passing a CR without ensuring protection for "Dreamers" - a class of 800,000 undocumented immigrants brought to the US as minors, and who have been protected from deportation under the Deferred Action for Childhood Arrivals (DACA).

Last September Trump rescinded the Obama-era program and the end of legal status for DACA participants as of March 5, 2018.

Key to the final agreement was the assurance by McConnell and other Republican leaders of a vote, with or without the President's support, on an immigration reform bill before March 5th when DACA participants lose their legal status.

Trump's directive on DACA is just one of many racist attacks on immigrant families, and minority civil and human rights, since his taking office.  DACA recipients are overwhelmingly from Mexico, which borders the southern part of the US, where Trump has vowed to build the infamous "wall" to keep out the "criminals" and "rapists."

Day of Action
On Wednesday, February 7th, the National Day of Action for the Dream Act will bring together hundreds of allies from the healthcare, labor, women's and civil rights movements to join immigrant youth in the fight for the future of the Dream Act. 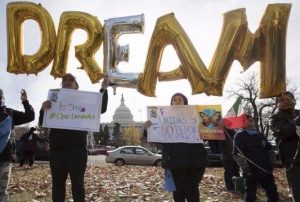 "Now is the time for both Republicans and Democrats to make a moral choice to reject the Trump immigration proposal and pass a simple and narrow legislation that protects immigrant youth without harming others."
-- Cristina Jimenez, United We Dream

Marchers will descend upon the US Capitol and other cities nationally in two days to protest Trump's policies and demand a #DreamActNow.

Following the speeches, leaders and activists will march to the halls of Congress.
When:       4:00pm
Where:      The Capitol
First Street, NE & Constitution Avenue, NE 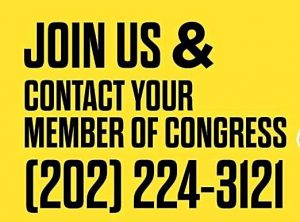 DemList will see you in the streets!

August 24, 2018 The gathering of Democratic National Committee (DNC) members at their bi-annual meeting is usually a matter of procedural and party business, reconnecting and planning with state...